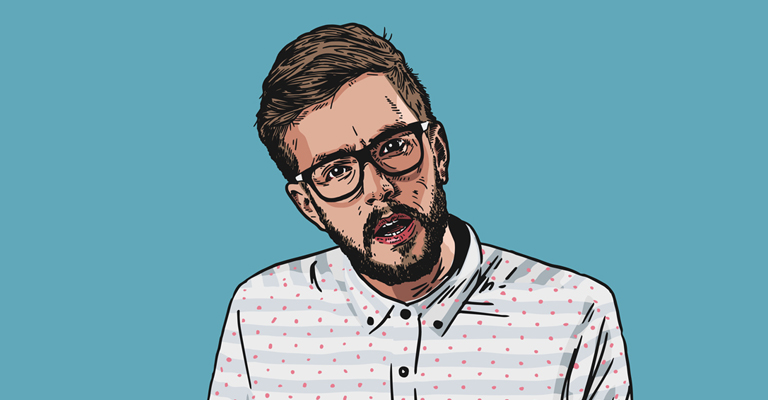 You may recognise his voice as the narrator of ITV2’s “Love Island” or recognise his face as the host of Scottish BAFTA (best children’s show) award winning panel show “The Dog Ate my Homework” (CBBC). Other credits include The Now Show (Radio 4), Russell Howard’s Stand Up Central and Drunk History (Comedy Central).

In his new show, Iain explores the perception of his generation within today’s society, as well as looking at their function within it. Are all young people self-entitled, ego maniacs that can’t get off their phones? Come to the show and find out… Or just google it or some shit.

‘One of Scotland’s hottest newcomers’ Scotsman