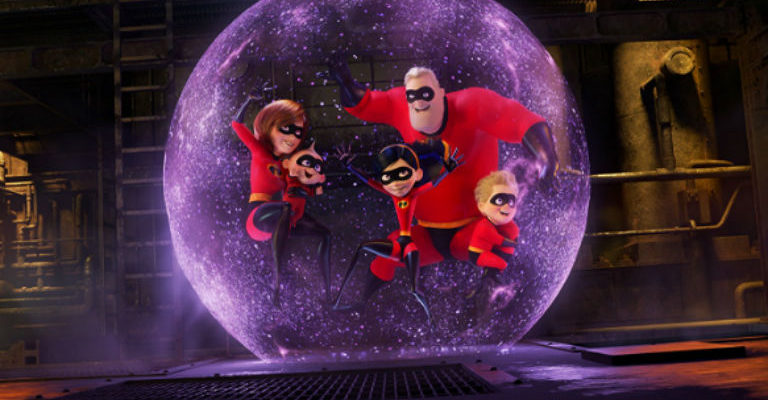 The sequel we’ve waiting 14 years for is at The Maltings for two weeks!

When Mrs Incredible is called into a mission to help bring superheroes back, Mr Incredible is left with the day-to-day heroics of ‘normal’ life…well as normal as life can get with a teething baby going who’s also getting his superpowers and one teenager who can create force fields and another who can run at lightning speed.

However, when a new villain emerges with a dangerous plot that threatens everything, the Parrs must once again unite along with Frozone and Edna to bring back supers and stop the infamous villain in his tracks.

Being hailed as the best sequel Pixar have made outside of the Toy Story franchise, this is the perfect movie to kick start the Summer holidays.

“It should surprise no one that Incredibles 2 is a flat out masterpiece — thrilling, moving and impeccably designed. Worth every second of the 14 year wait.” – The Playlist

“Incredibles 2 is probably the best sequel Pixar has made outside of the Toy Story franchise.” – Vulture

“Will go down as one of the best titles of the summer.” – Cinema Blend