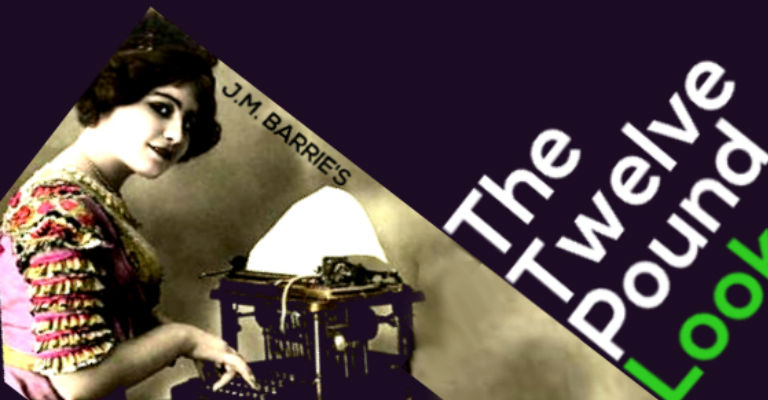 Harry Sims is a successful man. An English Gentleman. King of his own Castle. Business is booming and his beautiful, doting wife does whatever she is told – as well she should; he is worth half a million pounds.

On the eve of receiving a Knighthood, his domestic kingdom is threatened by the arrival of a hired typist; an independent woman who proves to be an unwelcome blast from his past.

From the author of Peter Pan comes a grown-up Edwardian comedy with a distinctly modern view. In our era of Trump’s ego and gender politics, J.M. Barrie’s The Twelve Pound Look remains as relevant today as in 1910.