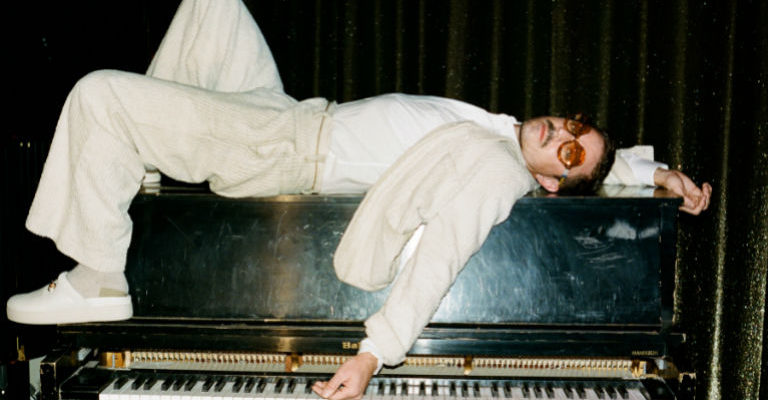 Tickets for Hardwick Live start from £8 for children aged three to 11, £16 for 12-16-year-olds and £49 for adults each day. Weekend tickets are also available.

FORMER Scissor Sisters frontman Jake Shears will be bringing his unique sound to County Durham this summer after being added to the programme for Hardwick Live.

The singer-songwriter will join Kaiser Chiefs, Vintage Trouble and Ash in a star-studded line up on Saturday 18 August at the region’s biggest live music festival.

Hardwick Live will run across two full days over the weekend Saturday and Sunday 18 and 19 August, in the grounds of Hardwick Hall at Sedgefield, County Durham.

Jake Shears shot to fame as the flamboyant lead singer with the Scissor Sisters in 2004. The band had formed three years earlier, and got their big break when the song Take Your Mama reached number 17 in the UK charts.

Other hits from their self-titled debut album included Laura and Filthy/Gorgeous which reached number five, but their big success didn’t arrive until 2006 when I Don’t Feel Like Dancing – a collaboration with Elton John – reached number one in September.

The song, taken from their Ta-Dah album became the band’s biggest hit, and after releasing two more albums in the following five years, the band announced an ‘indefinite hiatus’ in 2012.

Jake Shears has since gone on to work and appear with dozens of other artists, and last October released his first solo track, Creep City.

Earlier this year he made his Broadway debut as he appeared as Charlie Price in Kinky Boots and he has also recently released his autobiography, Boys Keep Swinging.

John Adamson, owner of Ramside Estates which runs Hardwick Live, is thrilled to have added Jake to this year’s line up.

“It’s fantastic news that we have been able to secure Jake Shears for Saturday’s show,” he said.

“We had already announced a packed programme with some huge stars, but Jake will be able to bring a little extra excitement to what was already a big show.

“It’s wonderful that Hardwick Live has grown into such a big, well respected event within the music industry that we can attract big names like this, and we’re all really excited about this year’s programme.”