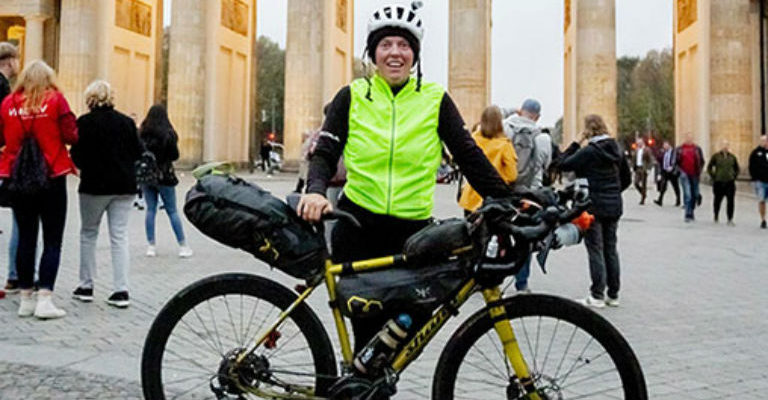 Jenny Graham is a Scottish Endurance cyclist who in 2018 became the fastest woman to cycle round the world!

Although the Guinness World Record association don’t distinguish between supported and unsupported round the world rides, it was important to Jenny to carry all her own kit sourcing her own food and water along the way. Jenny also chose to navigate the entire ride herself – crossing 16 countries and 18,000 miles over four months. Jenny set out on 16th June 2018 and returned on 18th October, smashing the previous women’s record by 20 days!

Jenny didn’t start life as a ‘sporty kid’ but got hooked on cycling in her 30’s, joining the Adventure Syndicate (a collective of female endurance cyclists) and a becoming a member of Cycling UK. Jenny cycled for an incredible 15 hours each day, bivvying in fields most nights. To keep up her morale, Jenny attached a mirror to her handlebars to watch the sunset each evening.