Jeremy Deller: 'The Battle of Orgreave (An Injury to One is an Injury to All)' 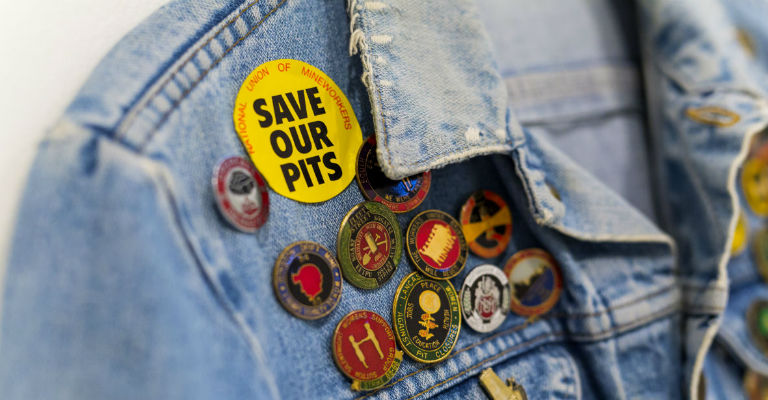 Woodhorn Museum presents Jeremy Deller, The Battle of Orgreave (An Injury to One is an Injury to All), 2001.

The museum’s colliery site provides a poignant environment to experience this artwork about the Battle of Orgreave, a violent confrontation between striking miners and police which took place during the 1984/5 Miners’ Strike.

Artist Jeremy Deller compares the Miner’s Strike to the Civil War: “It would not be an exaggeration to say that the strike, like a civil war, had a traumatically divisive effect at all levels of life in the UK. Families were torn apart because of divided loyalties, the union movement was split on its willingness to support the National Union of Mineworkers… in all but name it became an ideological and industrial battle between the two sections of British society.”

Deller’s artwork, The Battle of Orgreave, was a spectacular recreation of that day, orchestrated for Deller by a historical re-enactment expert. Nearly 1000 people took part in the event, including former miners and former policemen. The exhibition includes a timeline of the miner’s strike alongside objects, images and audio recordings from the artist’s archive of research materials and a documentary film of the re-enactment, directed by Mike Figgis.

The Battle of Orgreave is part of The Artangel Collection, an initiative to bring outstanding film and video works, commissioned and produced by Artangel, to galleries and museums across the UK. The Artangel Collection has been developed in partnership with Tate, is generously supported by the Esmée Fairbairn Foundation and The Foyle Foundation and uses public funding from Arts Council England.