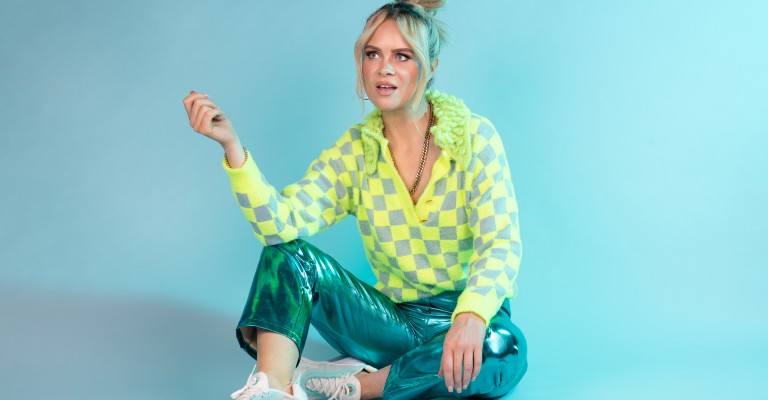 Described by the Sunday Times as a ‘truly gifted stand-up’, Joanne has been taking Ireland’s comedy scene by storm with sell-out tours, hilarious chat show appearances, newspaper articles and a hit documentary.

She’s enjoyed sell-out Edinburgh runs with her stand-up shows Wine Tamer and The Prosecco Express, and has toured Ireland with both shows. She also performed at the 3Arena in Dublin, alongside John Bishop, Michael McIntyre and Dara O Briain.

She recently shifted her focus internationally and is already making waves on the UK comedy scene with a sold-out Soho Theatre run under her belt and a regular contribution slot on the Sarah Brett show on BBC 5 Live.

The funny and insightful documentary, Baby Hater, was created, written and presented by Joanne and went on to be sold to 12 countries. Her first one-woman show Bite Me, a show about eating disorders, was nominated for multiple awards including Best Performer, Best Production and a First Fortnight award at the Dublin Fringe in 2016. Joanne performed Bite Me at the Vault Festival in 2019 where Lyn Gardner described her as ‘hilarious and brutal’.