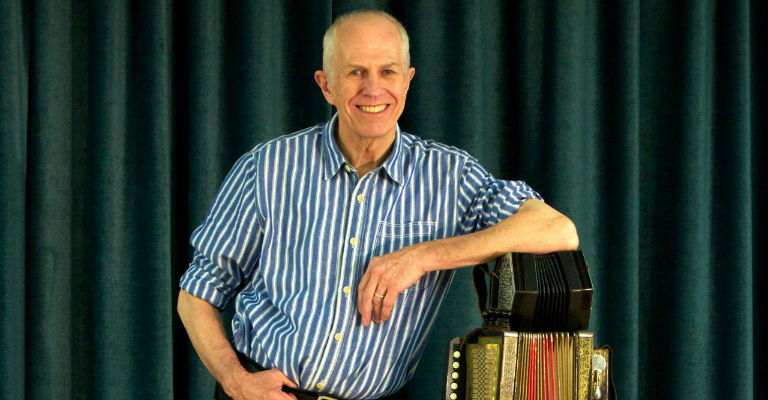 Squeezebox expert and accordion maestro John Kirkpatrick is one of the most prolific figures on the English folk scene, performing solo, in duos, acoustic groups and electric bands, and has established an enviable reputation as an instrumental virtuoso and session musician, as well as a leading interpreter of English folk music.

He has been a member of, amongst many, the Albion Country Band, Magic Lantern, The Richard Thompson Band, Steeleye Span, Brass Monkey, and as a songwriter, composer, choreographer, and musical director, he has contributed to over sixty plays in the theatre and on radio.