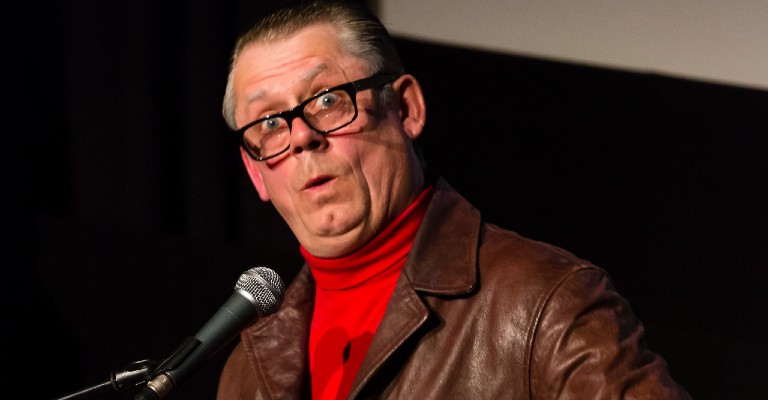 John’s bad back is much better now, thank you, so he can safely punch the air once more as he performs all the faves from his pre-lockdown tour including  classics like ‘Y Reg’, ‘I Can’t Go Back To Savoury’ and ‘Pigeons in Flight’. Expect too fantastic new ditties written during lockdown, including ‘Stay at Home and Protect the VHS’.  The songs will be interrupted by hilarious phone calls from Ken, Mary and Joan Chitty, plus John’s tips on how to cope with modern home life, as described in his stylish new(ish) book ‘Two Margarines and other Domestic Dilemmas’! As seen recently in ‘Ricky and Ralph Go Out “(Dave )

There is also a brand new book by “The 42nd best reason to love Britain” (The Telegraph) ‘TWO MARGARINES and other Domestic Dilemmas’. Released in April 2020 by renowned music publisher Omnibus – the first John Shuttleworth book in over 20 years will be available for fans to buy exclusively at shows throughout the tour.

Actor/musician Graham Fellows has a long history of creating lovable characters and his first – Jilted John – reached number 4 in the UK charts in 1978 selling half a million copies. Graham was also behind “The Forest Gump of Rock” Brian Appleton who appeared in a variety of stage and TV shows and enjoyed two series on BBC Radio 4, plus Goole based concreter Dave Tordoff who delighted audiences with his very special brand of humour.

Graham recently appeared as himself on BBC TV’s ‘Celebrity Mastermind’, toured the UK in his stage show ‘Completely Out Of Character’ and subsequently turned it into a series for BBC Radio 4 last December whilst releasing a critically acclaimed album of heartfelt indie-folk songs – ‘Weird Town”..

John Shuttleworth meanwhile, guest-starred in an episode of BBC TV’s ‘Count Arthur Strong’, and motored around Britain with Wayne Hemingway in ‘Celebrity Antiques Roadshow’, as well as winning ‘Pointless Celebrities’ and the coveted Pointless Trophy and in 2020 was seen on UK TV guesting on Ricky and Ralph Go Off .

He is currently working on a new series of The Shuttleworths for BBC Radio 4 for transmission later in 2022 , as well as launching  a documentary film Father Earth, and in August will make a one off appearance as his legendary Punk act Jilted John at The Rebellion Festival in Blackpool.