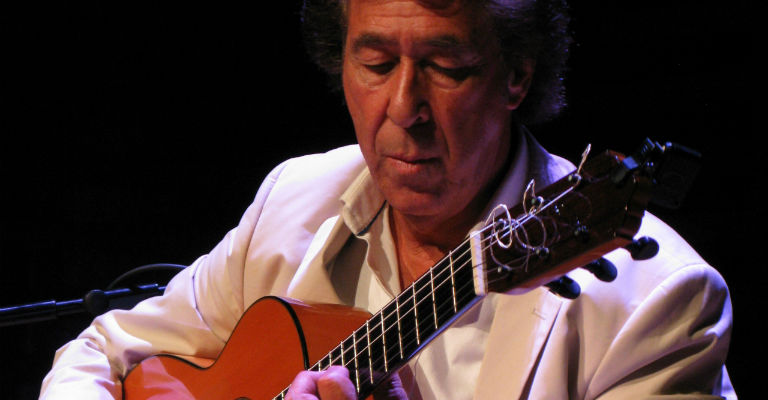 His alchemy of the traditional and modern, mixed with his seductive, fiery and passionate performances guarantee an evening of excitement and electricity.

He has recorded 18 albums, recorded with the Royal Philharmonic and performed with many iconic artists including Miles Davis. His original method book ‘El Arte Flamenco de la Guitarra’ is in its eighth print and has opened the complex art of the Flamenco guitar to the whole world. It is now considered to be the ‘bible’ of Flamenco guitar method.