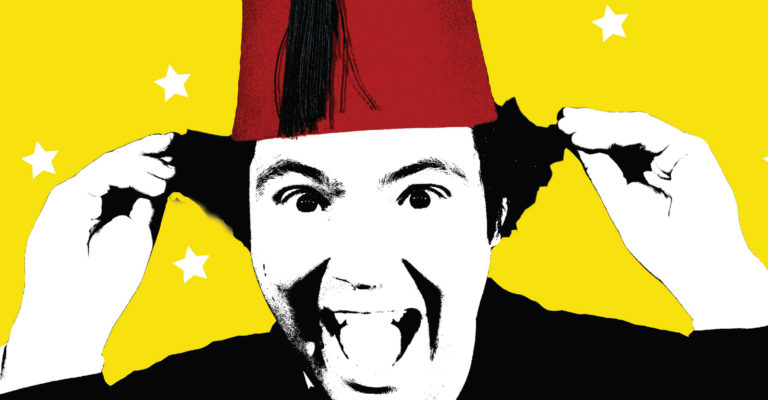 Tommy Cooper was a true comic genius. His impeccable timing, misfiring magic, trademark fez and quick-fire gags made him an international star.

After a sell-out success at the West End’s Museum of Comedy, this all-encapsulating, critically acclaimed tribute show starring John Hewer embarks on a nationwide tour.

Complete with live musical accompaniment, Just Like That! is full of magic and mirth and features classic favourites such as “spoon-jar”, “bottle-glass” and the hilarious “Hats” routine, combined with hidden gems and bumbling magic from Tommy Cooper’s extensive back catalogue.

A family-friendly show that’s a must for all generations of knockabout comedy, the perfect celebration of Britain’s favourite comedian.

Presented by Hambledon Productions with the kind support of The Tommy Cooper Estate and Vicky Cooper.