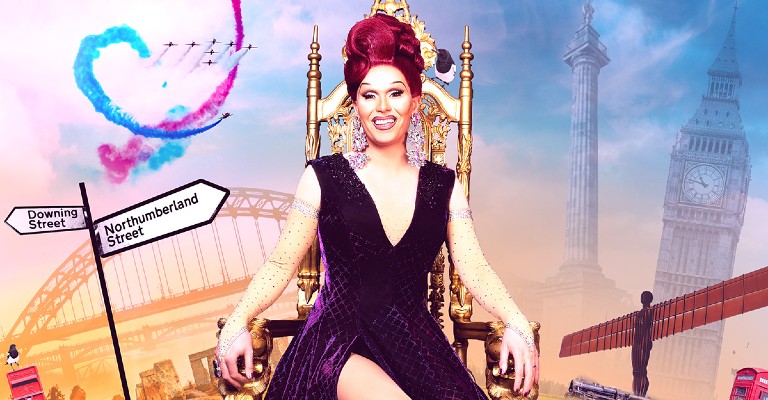 From her box overlooking the infamous poverty pit at Boulevard, Miss Rory has risen through the ranks to firmly establish herself as Regional Royalty within the North East. Now a family favourite with the Sunderland Empire pantomime audience (most recently starring in Snow White and the Seven Dwarfs alongside Sue Pollard), the original One Woman is sharpening her tongue and can’t wait to return across the river treading the familiar boards of her Tyne home.

Critically acclaimed, adored by the public and often hailed as ‘The new People’s Princess’ Miss Rory will have you laughing until you cry as she casts her comedic wit over all things that make Britain Great, and not so Great, in a no holds barred critique of everyday British life.

The aptly themed production promises to be a right royal romp and will round off a month filled with street parties and celebrations for the Queen’s platinum jubilee.

After having first teased audiences and followers with a masterpiece of Rory’s profile on a 1st Class stamp – it has been announced that the new Great British themed live stage show will be performed on Thursday 30th June at the Tyne Theatre and Opera House – Newcastle’s oldest traditional working theatre.