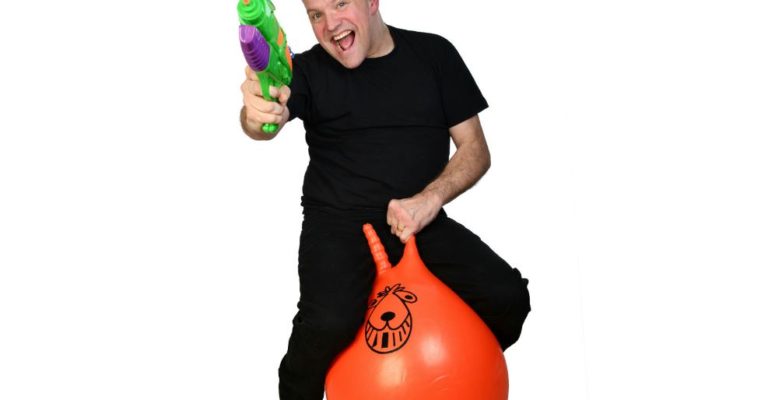 A hilarious, and moving show, from internationally-acclaimed comedian Laurence Clark.

Laurence Clark starred in BBC1’s documentary ‘We Won’t Drop the Baby’ with the show recently uploaded to YouTube. The fascinating documentary focused on a couple with cerebral palsy, as they prepared for their second child.

The huge response it received worldwide was at times inspirational and uplifting – at others, derogatory and incredibly personal. Laurence explores these reactions, and questions his role as a father, with the help of his two young sons, who undoubtedly steal the limelight.

“he wittily prods at society’s ideas of responsibility and irresponsibility. If not quite revelatory, it’s a warm and funny hour of assumption smashing, complete with hilarious video appearances from Clark’s two no-nonsense sons.” The Guardian Sep 19

“Clark’s humour is warm & mischievous.. made me laugh from beginning to end” ★★★★ Broadway Baby
“his theme packs a huge emotional punch.. By that extravagant finale you’ll be clapping, singing, laughing, cheering.. maybe even bawling like a baby” Fest Mag
“The laughs come regularly in a continual flow of chuckles and guffaws.. in a tightly-scripted Fringe affair that balances light-hearted banter with real issues” The List
“an excellent hour, jam-packed with laughs and a delight to watch” ★★★★★One 4 Review