Lee Kyle’s How To Do Stand Up Comedy For Kids 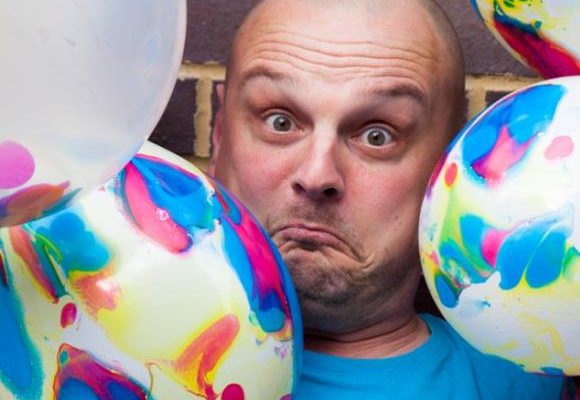 This is a workshop for adults with an interest in learning how to perform comedy to kids.

Stand-up comedy for kids is a growing niche.

With gigs popping up all over the country it can be both a fun, rewarding experience as well as a potentially lucrative sideline for a working stand up comedian.

However, a lot of the techniques are slightly different to those required at most standard gigs for adults.

Lee Kyle is widely considered one of the top comedians for kids in the UK.

He is the regular host of the kids comedy club at the Stand in Newcastle, as well as a headline act for the family shows at the comedy store in Manchester, for Comedy Club 4 Kids throughout the country and many others.

He has recently returned from the Edinburgh fringe where he hosted the family friendly show AAA Batteries (Not Included) every day.

He has also performed numerous solo kids shows and has received acclaim and much popularity as host of the anarchic game show ‘Gunge! – A Show With Gunge In It’. He has also worked as a TV warm-up for CBBC.

For only £50, Lee will lead two four hour sessions over the weekend that will enable new acts to family comedy to get a running start and to improve the sets and performance of comedians who have done family friendly comedy before but feel they need a little more improvement.

PLEASE NOTE: This is a workshop for adults with an interest in learning how to perform comedy to kids. This is not a workshop for children to learn how to do stand-up comedy.

Workshops take place in the Harbottle Suite of the Black Gate.