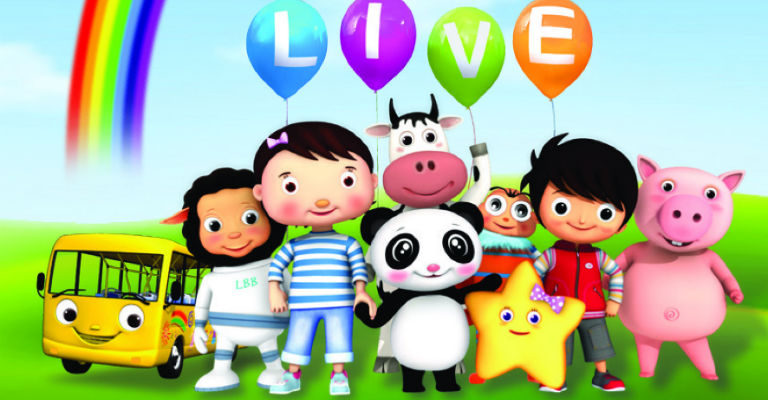 The region’s pre-schoolers will now be able to experience digital sensation Little Baby Bum like never before as it comes to vivid large-scale life on stage in the exciting new Little Baby Bum Live show.  A fully interactive performance combining puppetry, live action and digital animation, audiences can join in the fun, sing along and dance with the Baby Bum friends on their magical new adventure!

Back in 2011 tech expert Derek Holder and his designer wife spotted a gap in the market for online animations for under 5s.  As parents themselves, they wanted to give other parents a source of high-quality nursery rhyme videos that were enjoyable for both children and adults. Together they created a 30-second version of Twinkle Twinkle Little Star which was viewed 15,000 times in the first month.  From that, the Little Baby Bum channel was born and has become an online and digital TV sensation.  It is now the world’s largest educational YouTube channel with over 20m subscribers and 19 billion views and its Wheels on the Bus compilation is 63rd in YouTube’s all-time chart, ranking higher than Disney’s Let it Go from Frozen.

The Little Baby Bum channel has reinvigorated traditional nursery rhymes with vibrant animation and a colourful cast of characters including outdoorsy and adventurous Mia and Jacus, caring Twinkle, bright Incy Wincy and all their playful Nursery Rhyme friends.  It also features original songs and music, many with an educational theme.

The channel has won several awards and holds the Guinness World record for the most-watched educational video of all time. Little Baby Bum can be viewed across a variety of platforms including YouTube and Netflix.

A must not miss show parents, grandparents and their little ones!