LIVE FROM TIMES SQUARE IS BACK! 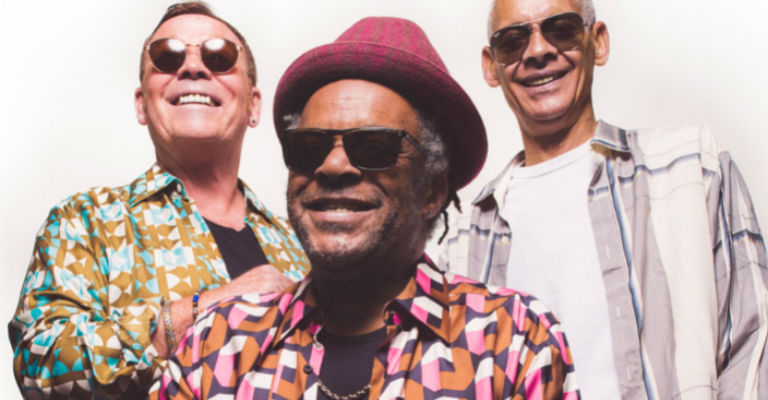 Taking place on Wednesday 22nd August – at the Centre for Life in Newcastle – Live From Times Square 2018, will launch with Birmingham’s finest pop reggae exports along with special guests Aswad with more dates and heavyweight bands to be announced.

In addition to previously announced shows, the band – who last month released ‘A Real Labour Of Love’, their most successful album for 25 years – will see tickets go on sale for their Newcastle performance from 10 am Friday 13 April.

With 2019 marking 40 years since UB40 first performed live, the legendary UB40 will be celebrating with a greatest hits set that features global smashes including ‘Red Red Wine’, ‘Cherry Oh Baby’, ‘Rat In Mi Kitchen’ and ‘Kingston Town’. Ali, Astro & Mickey will be joined on-stage by their incredible eight-piece reggae band.

As founding members of Britain’s biggest reggae band UB40, singer Ali Campbell, second vocalist Astro and keyboardist Mickey Virtue topped the UK singles chart on three occasions and sold 70 million records as they took their smooth yet rootsy musical blend to all corners of the globe.

Steve Davis, of SSD Concerts, said: “We’re thrilled that Live From Times Square will be back for another year and as part of our commitment to bringing some of the world’s most iconic and influential bands to Newcastle, we couldn’t be happier with this first announcement.

“UB40’s music has a special place in many people’s hearts and this will be a truly special show for fans of reggae and for fans of the band.

“This year’s events will be a celebration of live music in the Tyneside summer sun and people can expect some massive surprises and further announcements coming their way very soon.”

Between 1983 and 1998 UB40 produced three ‘Labour Of Love’ albums, bringing hits such as Eric Donaldson’s ‘Cherry Oh Baby’, Lord Creator’s ‘Kingston Town’ and Johnny Osbourne’s ‘Come Back Darling’ to a new, global audience. They also topped the charts on both sides of the Atlantic with their reggae cover of Neil Diamond’s ‘Red Red Wine’. Now with their latest album ‘A Real Labour Of Love’ they give us a fresh take on the legendary series of albums, putting the focus primarily on reggae tracks from the 1980s.

UB40 Featuring Ali, Astro & Mickey’s new album ‘A Real Labour Of Love’ debuted at No.2 in the charts, only dropping one place a week later to No.3, and the album has now spent most of March in the Top 10.

The new album, the band’s highest chart entry since 1993’s No.1 ‘Promises And Lies’, was Radio 2’s Album Of The Week and received 4-star reviews in the Daily Mail and Daily Star who said it “crackles with the energy of their classics.”

Recorded and mixed at Dean Street and RAK Studios, ‘A Real Labour Of Love’ was produced by Ali, whose instantly recognisable voice is augmented by the ‘sing-jay’ vocal style of Astro. The latter takes the lead on six of the album’s 16 tracks, placing the two singers at the helm of an 11-piece band. Sadly, ‘A Real Labour Of Love’ also marks the passing of long-serving trombonist John Johnson. A former member of Simply Red who joined forces with Ali seven years ago, John played on the album but passed away shortly after the recording. The album is dedicated to him.