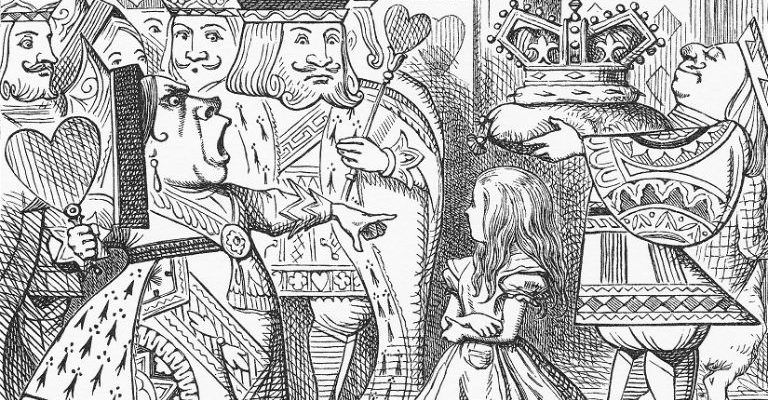 Lewis Carroll fans will not want to be late for an important date with some of the world’s most famous illustrations next month.

A selection of Sir John Tenniel’s illustrations for Carroll’s cherished children’s books, Alice’s Adventures in Wonderland and Through the Looking Glass and What Alice Found There, will go on show at the Gala Theatre in Durham on Saturday, 17 November.

Tenniel spent all of his life in London, where he worked as a political cartoonist for Punch magazine. In 1864, Carroll, an Oxford mathematics don, approached Tenniel with the request to illustrate a children’s book he wished to publish.

Carroll, whose real name was Charles Lutwidge Dodgson, made up the story for the daughters of the Dean of Christ Church College during a boating trip on 4 July 1862. One of the daughters, Alice Liddell, asked him to write out the tale of the little girl and her adventures in Wonderland, and the story, once published, was an instant hit with children and adults alike.

Along with its sequel, Alice’s Adventures in Wonderland remains one of the most popular books of all time, and Tenniel’s imaginative illustrations are widely regarded as being a major part of its success.

Looking in Wonderland, at the Gala Theatre, will feature half of the images from both books. The illustrations have been printed directly from the original wooden blocks and are perfect examples of the skill of both illustrator and engraver.

Robin Byers, manager of the Gala Theatre, said: “We are thrilled to bring this exhibition to the North East, a place close to Lewis Carroll’s heart. For although he lived most of his life in Oxford, he regularly visited his sister and cousins in the Sunderland area.

“These illustrations represent the first visual interpretation of an enchanting world, which has captivated generations of children for more than 150 years.

“I would encourage people of all ages to come along and experience the wonder all over again.”