Love From a Stranger 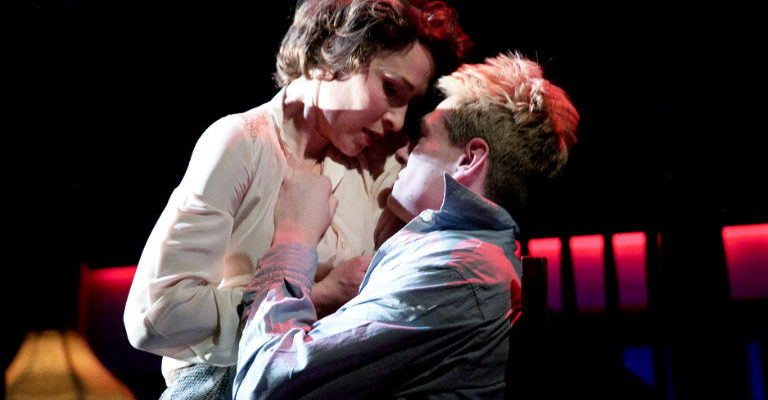 Love From a Stranger tells the story of Cecily Harrington, who has just won a huge sum in a sweepstake. Finally free to marry her dull fiancé, all begins to unravel when she begins a whirlwind romance with a handsome and charming stranger who sweeps her off her feet. She recklessly abandons her old life to settle in the remote and blissful surroundings of a country cottage. However, her newfound love is not all that he seems…

Electric with suspense and with a shocking twist, this is an edge-of-your-seat, rarely seen thriller by the UK’s greatest crime writer, rediscovered in a brand new production by acclaimed director Lucy Bailey.

Christie’s play started life as a short story, Philomel Cottage, which was published in 1934 and later adapted for Theatre.  It wasn’t performed until Frank Vosper, a rising star of the stage and screen, worked up a sharper version which became a hit in the West End in 1936, with a further run in New York. However, despite sundry radio and film versions, Love From a Stranger fell into obscurity, until now.

She added: “In Agatha Christie there’s always a mystery to be solved, isn’t there? In her stories and plays, somebody is done away with and the task – which usually falls to a sleuth – is to work out whodunit. In Love From a Stranger many of the familiar elements of a Christie mystery are absent, which makes it all the most mystifying. So, it will be a different experience for audiences. I predict they will go to the pub talking about it.”

Love From a Stranger is a drama that keeps audiences guessing – it’s not a whodunit, but a whodunwhat.

The play is directed by Lucy Bailey with set and costume design by Mike Britton,

and lighting design by Oliver Fenwick. Love From A Stranger is presented by Fiery Angel and Royal & Derngate, Northampton.