MAGICTIMES AHEAD AS FESTIVAL RETURNS TO SOUTH TYNESIDE 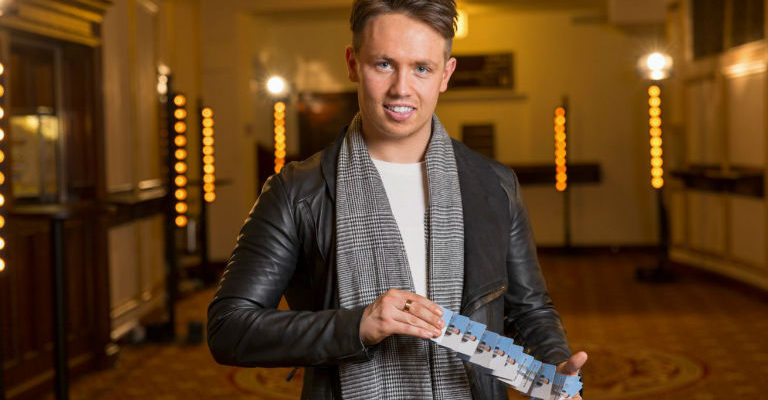 Tickets for all three public events are available now, priced at £8 for the Family Magic Extravaganza on 15 March and £14 (£13 concessions) for the Friday and Saturday Gala shows.

SOME of the world’s leading magicians are heading to South Shields this spring for the 15th South Tyneside International Magic Festival.

For four days from Thursday 15 to Sunday 18 March 2018, the Custom’s House will be celebrating all things magic as the annual event returns.

Organisers are conjuring up what is set to be the biggest event to date, featuring a family magic performance, two gala shows and a three day convention where professionals and ardent magic fans can hone their skills with question and answer sessions, demonstrations, lectures and masterclasses.

This year’s line-up includes three Spanish magicians, one from Sweden and a number of British favourites, including the welcome return of Mark James and R Paul Wilson, who both appeared at last year’s convention.

Among the other magicians taking part in the gala performances is emerging star James Phelan.

The nephew of the late Paul Daniels, James has risen to prominence over the last 12 months thanks to his unique prank-based magic shows where no-one in the audience is safe.

The 15th annual STIMF has been organised by South Tyneside Council and magician Steve Gore of West Yorkshire, who returns as booker for the second year in succession.

“Last year was my first STIMF event and I’m delighted to be back again,” said Steve. “It’s regarded as one of the most important on the UK’s magic calendar, and regularly attracts magic fans from across Europe and beyond.

“We’ve been working hard behind the scenes for quite a while now to secure some of the world’s finest magicians, who will be sharing some of their tricks of the trade with budding stars of the future.”

Councillor Alan Kerr, Deputy Leader of South Tyneside Council with responsibility for Culture and Leisure, is looking forward to this year’s convention and shows.

“I’m a huge fan of the South Tyneside International Magic Festival, and every year it seems to get better and better,” he said.

“Once again, Steve Gore has pulled out all the stops to secure some of the finest magicians from across Europe, and it looks like we are set for a fantastic few days.

“The festival has become a big event for South Tyneside, and we are looking forward to welcoming a host of new visitors in March for what looks set to be a magical weekend for fans and professionals alike.”