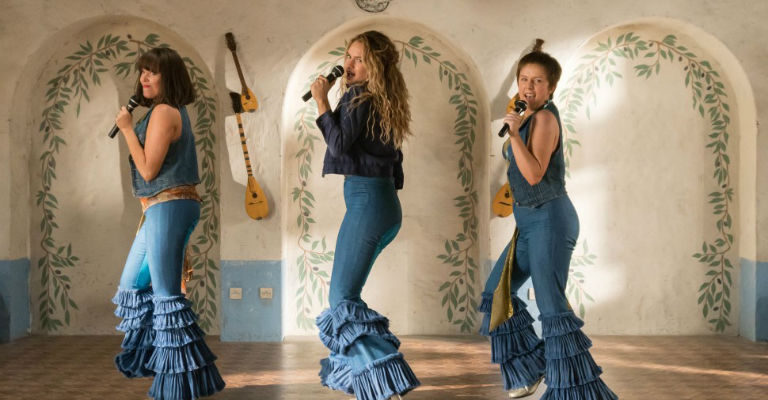 Get ready to sing and dance, laugh and love all over again.

Ten years after Mamma Mia! The Movie grossed more than $600 million around the world, you are invited to return to the magical Greek island of Kalokairi in an all-new original musical based on the songs of ABBA.

With the film’s original cast returning and new additions including Lily James (Cinderella, Baby Driver), the musical comedy is the perfect Summer film!

Sophie (Amanda Seyfried) is back on the sun-drenched Greek island of Kalokairi, however, her circumstances are a little different this time. Now pregnant, Sophie is struggling to find the knowledge and strength to move on to the most important chapter in her life.

Searching for inspiration, she retraces her mother Donna’s (Meryl Streep) steps from the past in the hope of finding the courage to be the best mum she can be. We then flashback in time to a young Donna (Lily James) back in 1979, who is enjoying the prime time of her life, singing in a band and dating a familiar trio of gentleman, named Sam (Jeremy Irvine), Harry (Hugh Skinner) and Bill (Josh Dylan).

Back in the present day, Sophie is wondering if she is about to discover which of her three possible fathers is the real deal, when an uninvited guest arrives in the shape of Grandma Ruby (Cher).