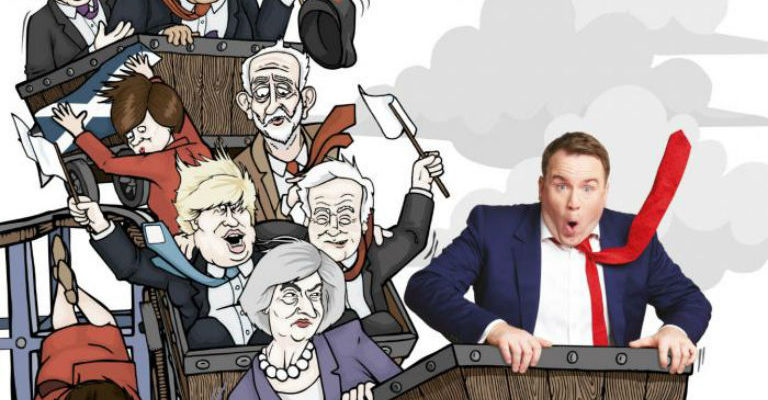 The whole thing’s a mess and only one person can sort it out. Sadly, we have no idea who it is.

Join Britain’s leading political comedian, Matt Forde, for the show that was a complete sell-out at this year’s Edinburgh Festival and his last as an EU citizen.

His monthly residence at Westminster’s The Other Palace has sold out every show for over 5 years and sells out months in advance.

“Possibly the best political comedy show on the Fringe” ★★★★★ The Telegraph
“Is there a better political comic than Matt Forde currently working in the UK? I can’t think of another to touch him” ★★★★½ Chortle
“a stand-up of rare skill” ★★★★ The Sunday Times