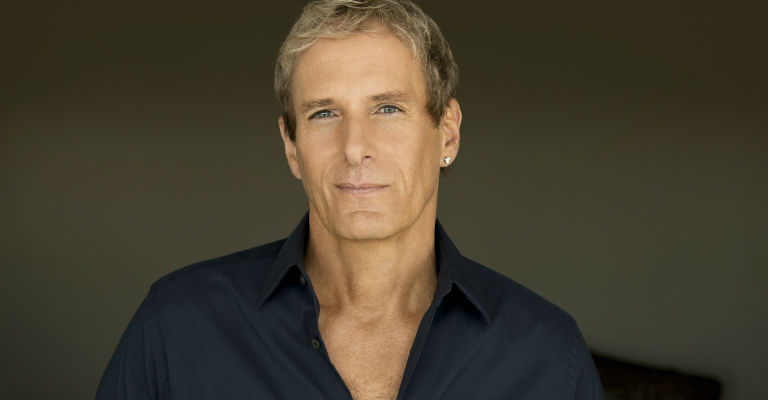 Michael Bolton is a multiple award-winning singer, songwriter and social activist, who has sold more than 65 million albums and singles worldwide.  He continues to tour the world every year, while writing, recording and taping for a wide array of projects spanning music, film, television and branded entertainment.  He also remains committed to social causes, especially to his foundation The Michael Bolton Charities, now in its 25th year.

In recognition of his artistic achievements, Michael won 2 Grammys for Best Pop Male Vocal Performance (nominated four times), 6 American Music Awards, and a Star on the Hollywood Walk of Fame.  As a songwriter, he has earned over 24 BMI & ASCAP Awards, including Songwriter of the Year, 9 Million-Air awards, and the Hitmakers Award from the Songwriters Hall of Fame.

To date, Michael has seen 9 studio albums rank in the Top Ten, with 9 #1 singles.  His most recent album Songs of Cinema, a selection of iconic film soundtrack songs, was released alongside an original Netflix production Michael Bolton’s Big Sexy Valentine’s Day Special, which ranked among the network’s best comedies upon debut.

Michael is currently completing a feature documentary film, “American Dream: Detroit”, which pays homage to the Motorcity and is set for release later this year.

Known for his soulful voice and poignant lyrics, his timeless charm and good looks have also earned him several comedic appearances on Saturday Night Live, Two and a half Men, Fresh off the Boat, Glee and hit series Last Week Tonight with John Oliver. In his recent autobiography, “The Soul of it All” (Hachette/Center Street), Bolton states he is just teeing off on the back nine of his career.

Bolton’s signature success was seized with the album Soul Provider, selling more than 12.5 million copies world-wide, and showcasing several chart-toppers including the #1 hit single “How Am I Supposed to Live Without You,” which earned Michael his first Grammy.  This pivotal album also includes the hit singles “When I’m Back on My Feet” “Again”, “How Can We Be Lovers,” “Soul Provider,” and of course the Grammy-nominated “Georgia on My Mind.”

Soon after, Bolton released the #1 album Time, Love & Tenderness, which has sold over 16 million copies world-wide, and features his Grammy Award-winning vocal performance of the #1 blockbuster hit “When A Man Loves a Woman.”  This album also produced the hit singles: “Love Is a Wonderful Thing,” “Time, Love and Tenderness” and “Missing You Now,” as well as the Bob Dylan co-write “Steel Bars.”

Michael’s new dates follow two sold out tours across the UK and also two hit albums “Ain’t No Mountain High Enough: A Tribute to Hitsville USA” and “Songs of Cinema”.