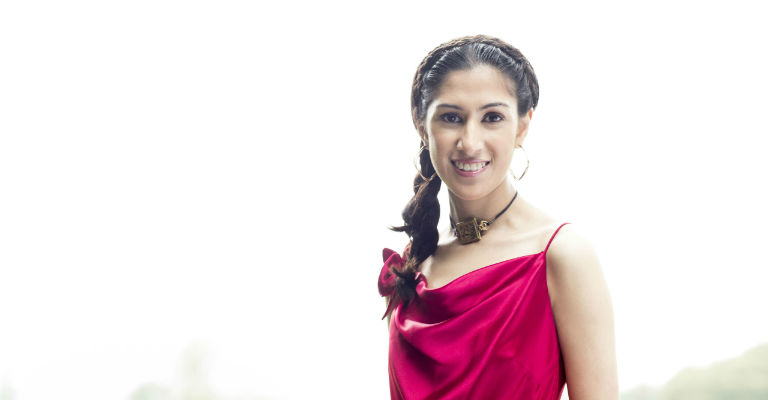 Mishka was born in London and became the youngest pupil to be accepted by the Purcell School. At the Guildhall she studied with Imogen Cooper who describes her as “a really compelling talent”, and later with Joan Havill. She has won prizes at major international piano festivals and recently performed Bartok’s third piano concerto with the CBSO in Symphony Hall. Her latest engagements took her to Berlin and Frankfurt. She is supported by the Countess of Munster Musical Trust.

“Mishka Rushdie Momen plays the piano extraordinarily well, but it is the purity and depth of her musical feeling that impress me most. She has the rare ability to communicate the essential meaning of whatever she plays.“ Richard Goode

Mishka Rushdie Momen, born in London 1992, studied with Joan Havill and Imogen Cooper at the Guildhall School of Music and Drama and has also periodically studied with Richard Goode. She has twice been invited by András Schiff to participate in his summer class in Gstaad as part of the Menuhin Festival and he has also invited her to give recitals in New York’s 92Y, Zurich Tonhalle, Berlin, Frankfurt and Antwerp deSingel in his 2016-17 “Building Bridges” Series. Mishka will be playing in the 2016 Marlboro Music Festival.

Mishka has given solo recitals at the Barbican Hall, the Bridgewater Hall, The Venue, Leeds, St. David’s Hall,Cardiff and in the Harrogate, and Chipping Campden Festivals. Her concert experience includes most major London venues including the QEH, RFH, Purcell Room, Wigmore Hall, and abroad in New York, France, Germany, Prague, and Mumbai.

Mishka is grateful for support from the Martin Musical Scholarship Fund and the Countess of Munster Trust.