My Night With Reg 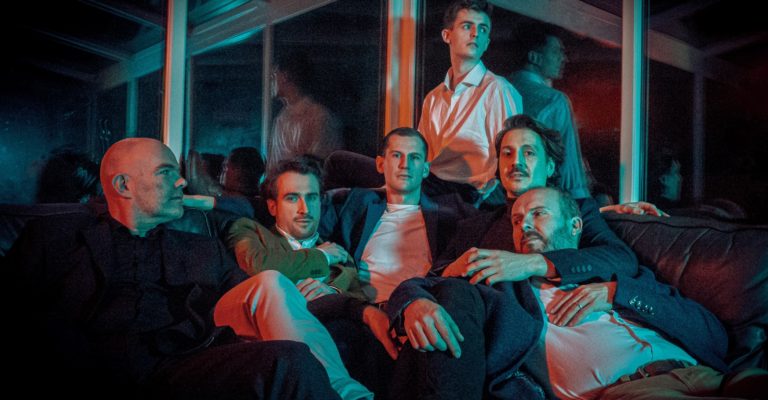 A dark comedy about the lives and loves of a group of gay friends in the 1980s will be performed at a County Durham theatre this spring.

Funny, sad and sweet, Kevin Elyot’s landmark play My Night With Reg is a moving exploration of friendship, desire and love in the shadow of the 1980s AIDS crisis. Set in a London flat in 1985, it sees the four main characters discuss their connections with the unseen yet magnetic Reg, taking audiences on a journey of heartbreak and celebration.

The Olivier award-winning play was first performed at the Royal Court Theatre in London in 1994 and has been revived by Green Carnation Company for a UK tour this year. This includes a performance at the Gala Theatre in Durham City on Thursday 5 March, where audiences can look forward to a stunning visual feast that captures the decadence and uncertainty of 1980s London.

Green Carnation Company is a Manchester-based theatre company dedicated to presenting quality productions of LGBTQ+ stories. My Night With Reg follows the company’s 2018 sell-out success of The Pride at Hope Mill Theatre in Manchester.

Dan Jarvis, who is co-directing and producing the show with Dan Ellis, said: “When I was growing up as a gay adolescent in Middlesbrough, I could feel very isolated with no role models or positive portrayals of gay men on stage or on TV, unless I crept up in the middle of the night to watch Queer As Folk or Clapham Junction.

“It was rare to see any depictions that truly felt like they reflected who I was, especially fully-formed, three dimensional characters, which Kevin Elyot’s gorgeously human script is rich with. To have the opportunity to bring this exceptional play to theatres across the North and West Midlands is a dream come true.”

Robin Byers, Gala Theatre manager, said: “My Night With Reg is such an important play and we are delighted the team at Green Carnation Company is bringing this highly anticipated revival to Durham. We are committed to producing and staging stories that all members of society can relate to.

“My Night With Reg may be a comedy but it is also incredibly powerful and moving. It is certainly a play you will not want to miss.”