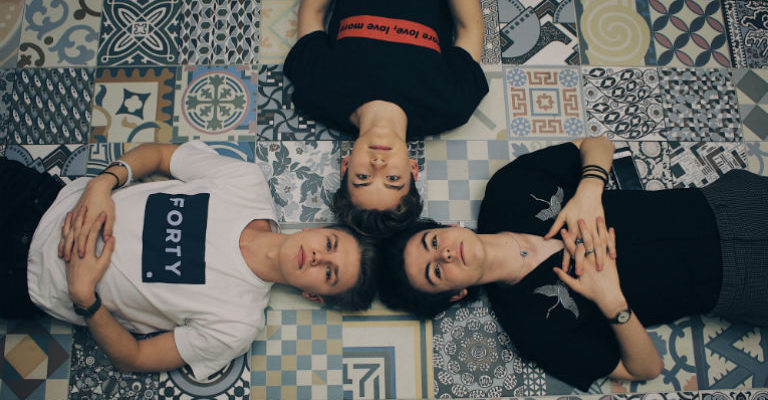 British teen guitar band, New Hope Club, have been added to the Bents Park line-up on Sunday 15 July, joining The Vamps and The Cutkelvins for an afternoon of live music.

New Hope Club – which is made up of members, Reece Bibby, Blake Richardson and George Smith – formed in October 2015 and signed to The Vamps’ record label, Steady Records, just months later.

They released their debut EP in May 2017 and two of their songs, Good Day and Tiger Feet, were featured on the 2018 Aardman Animations film, Early Man.

As well as supporting The Vamps on tour in the UK, Ireland and Australia, they have headlined their own tour in various locations across Asia, were nominated for Choice Next Big Thing at the 2017 Teen Choice Awards in Los Angeles and recently sold out two nights at London’s Shepherd’s Bush Empire.

“We’re really excited about performing at South Shields this summer, especially since we have heard that the Sunday concerts have a real festival feel,” said George Smith.

“We’re obviously big fans of The Vamps and The Cutkelvins are fantastic performers so we are really looking forward to what is sure to be an amazing afternoon.”

Admission to all four concerts this summer is free of charge, but those wanting to secure the best viewing spot can upgrade to a Priority Plus ticket.

Priced at £5 each, they include earlier access to the park, with access to a dedicated bar area and toilets and must be purchased in advance.

Councillor Alan Kerr, Deputy Leader of South Tyneside Council with responsibility for Culture and Leisure is delighted that New Hope Club have been added to the bill.

He said: “New Hope Club are an up and coming group and seem to be going from strength to strength so it is great to have them performing in South Shields this summer.

“The Sunday concerts are shaping up to be some of our best yet and are certain to be great days out for the whole family.”

This year’s Sunday Concert series is supported by BBC Newcastle 95.4FM and sponsored by Port of Tyne and Colmans Seafood Temple.

Priority Plus tickets are available strictly on a first come, first served basis, and under-fives will be admitted free with a ticket-holding adult.