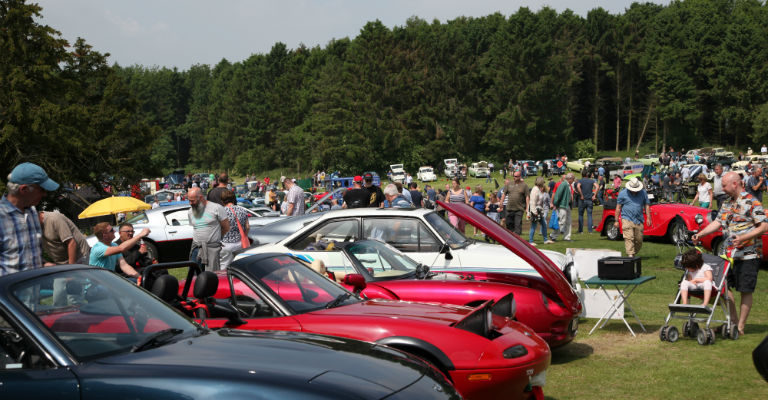 CLASSIC cars from across the country – including 200 Jaguars – are gearing up to attend a special show at a County Durham Hotel.

Hardwick Hall Hotel at Sedgefield is set to host the North East Classic Car and Motorcycle Show on 23 June, where visitors can see a whole host of vintage, classic and modern vehicles.

The exhibition will feature cars from pre-1960 up to the early noughties, and, for the first time, The Jaguar Drivers club is taking part, giving enthusiasts the chance to see a vast range of models from the luxury marque.

In addition, there will be stands and stalls manned by enthusiasts from brands including Mini and Harley-Davidson.

The event, organised by Classic Shows which hosts similar events up and down the country, will bring together vehicles of all makes and models, from sports cars and convertibles to kit and custom cars.

Exhibitors will also compete throughout the day for a range of honours, including Pride of Ownership and Car of the Show, with the proceedings run by leading North West commentator and car expert, Mark Stone.

“Last year was a huge success, there was something for everyone,” said John Adamson, of Ramside Estates which owns Hardwick Hall.

“I am thrilled that the car show is back for its second year at Hardwick Hall Hotel, It’s a great day out for all the family.”