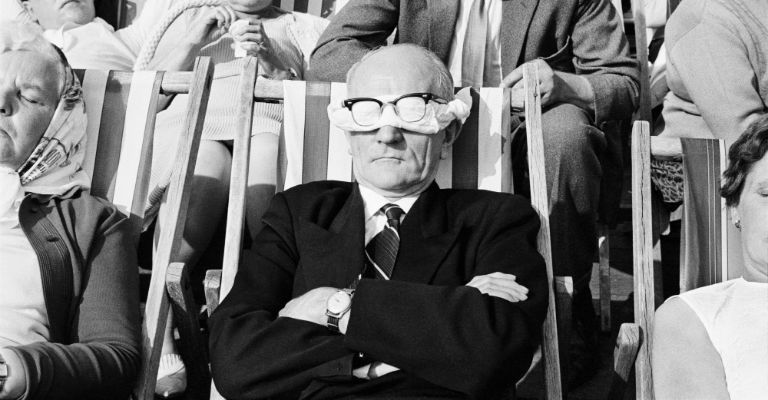 Photographs by Tony Ray-Jones and Martin Parr examines the close relationship between the work of these two important photographers and their fascination with the English.

Intrigued by the eccentricities of English social customs, Tony Ray-Jones spent the latter half of the 1960s travelling across England, photographing what he saw as a disappearing way of life. Humorous yet melancholy, these photographs were a departure from anything else being produced at the time. They quickly attracted the attention of the Institute of Contemporary Arts (ICA), London where they were exhibited in 1969. Tragically, in 1972, Ray-Jones died from Leukaemia aged just 30. However, his short but prolific career had a lasting influence on the development of British photography from the 1970s through to the present.

These images had a profound influence on photographer Martin Parr, who has made a selection from the Tony Ray-Jones archive for this exhibition, including previously unseen photographs, from the 2700 contact sheets and negatives in the archive at the National Media Museum, Bradford. Shown alongside these are Parr’s early black and white work The Non-Conformists, unfamiliar to many, which documents a declining traditional way of life in 1970s Hebden Bridge.