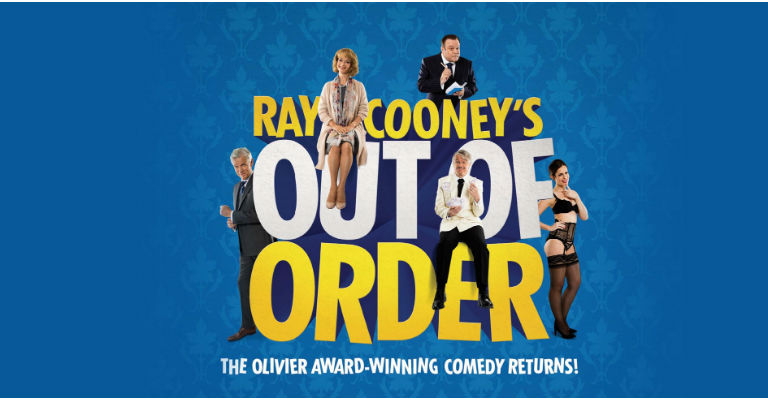 Ray Cooney’s Out of order, The Olivier Award winning comedy is coming to Newcastle Theatre Royal.

When Richard Willey (Andrew Hall), a Government Junior Minister, plans to spend the evening with Jane Worthington (Susie Amy), one of the Opposition’s typists, in the Westminster Hotel, things go disastrously wrong – beginning with the discovery of a body trapped in the hotel’s only unreliable sash window.

Desperately trying to get out of an extremely sticky situation, Richard calls for his secretary, George Pigden (Shaun Williamson) who, through Richard’s lies, sinks further and further into trouble with everybody and ends up going through an identity crisis.