Painting the Theatre: Garrick in Action 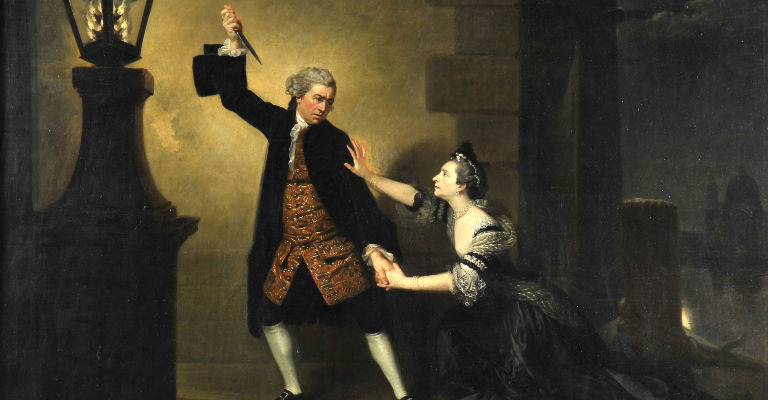 David Garrick and Mrs Cibber as Jaffier and Belvidera in ‘Venice Preserv’d’  and David Garrick and Mary Bradshaw in David Garrick’s ‘The Farmer’s Return’ were commissioned for his residence at The Adelphi, at that time one of London’s most fashionable developments, and held until recently in the same private collection following the death of Garrick’s widow in 1820.

Through paintings, engravings, contemporary mezzotints and theatrical paraphernalia, the display will show how artists depicted the ‘theatrical action’, and how these representations encouraged the emerging phenomenon of ‘celebrity’. It will also make possible a remarkable collaboration with The Georgian Theatre Royal in nearby Richmond (North Yorkshire), which is aimed at helping visitors understand and appreciate theatrical life in the 18th century while illustrating how Yorkshire was the first place for theatre entertainment after London. Built in 1788, it is the UK’s oldest working theatre in its original form.