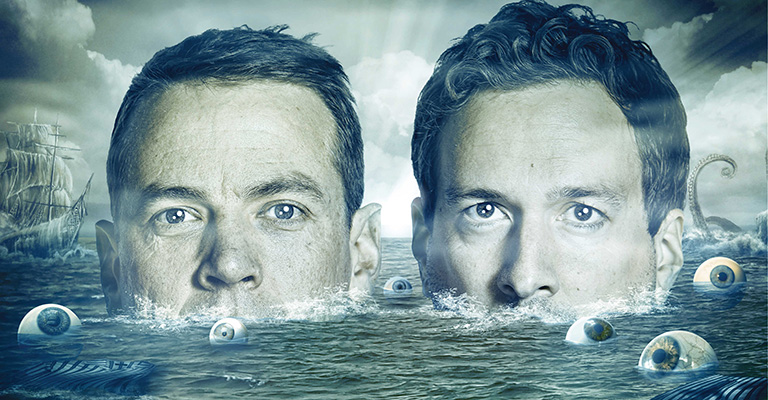 The spectacularly surreal Pajama Men have won acclaim across the globe. Peek into the labyrinthine minds of two of comedy’s greatest talents with an audacious show packed with new, dizzyingly hilarious characters.

The shape-shifting double act return with a live, comic existential meltdown that takes place as two comedians attempt to stage an epic, historical, romance novel in under an hour.

“Without props and costumes, but with expert skill and an impish sense of fun, the Pajama Men create a cartoon of the mind – a shape-shifting world in which anything seems not just possible, but imminent.” ★★★★★ Guardian