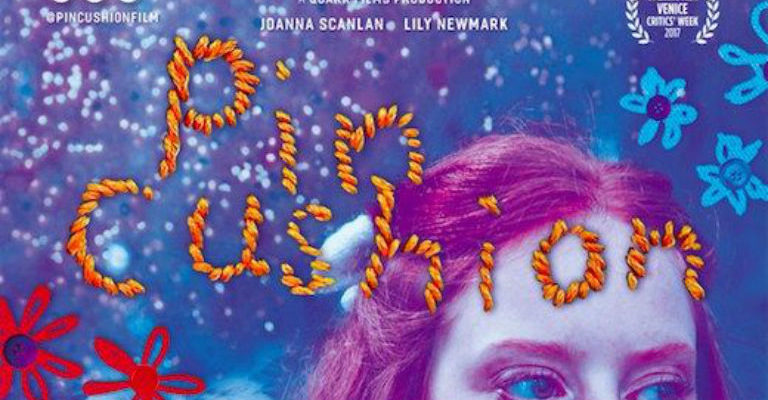 This is the second in a series of ongoing events at Tyneside that forms part of Birds’ Eye View’s new 4 film/5-city Reclaim The Frame Influencers project; a mission to bring ever-greater audiences to films by women to build a more balanced film future.

British writer-director Deborah Haywood’s first feature Pin Cushion tells the story of a unique mother-daughter duo: two glittering misfits who are knitted together in a relationship that is as kitsch and comforting as it is suffocating.

Together, Iona (played with startling screen presence from newcomer Lily Newmark) and her eccentric single mum Lyn (Joanna Scanlan on top form) move to a new town in the Midlands. Iona is determined to reinvent herself at school and quickly jumps through hoops to befriend the popular girls. Meanwhile, Lyn, used to being her daughter’s best friend, feels left out and attempts to woo their neighbour Belinda by lending her a ladder. But Belinda really isn’t interested in making new friends…

As the fragile veneer of forced friendship slips, both Lyn and Iona find themselves seeking fantastical and fabricated alternative realities. In her first feature, Haywood turns the coming of age story upside down with dark and unexpected twists. Worlds that glitter and twinkle on the outside often mask the saddest truths.

Having opened the acclaimed Critics’ Week programme at Venice before heading over to Rotterdam International Film Festival, BIFA-nominated Haywood’s Pin Cushion has already been praised to match the wicked and thought-provoking works of Todd Solondz.

See it with Birds’ Eye View and join our audience discussion after with special guests: writer of Pin Cushion, Deborah Haywood, as well as the film’s producer, Gavin Humphries.