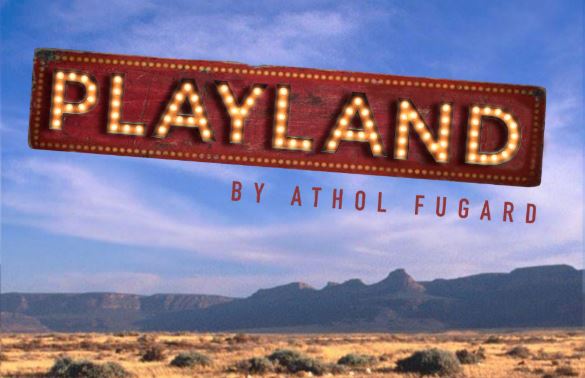 South Africa, New Year’s Eve 1989: a new country is about to born. On a run down funfair somewhere in the wilderness two men confront each other, one white, one black, both with blood on their hands. As night draws in, each must face what they have done, and work out their lives through their own journey of truth and reconciliation.

Athol Fugard is South Africa’s greatest living dramatist (“The voice of the conscience of his nation” The Spectator) whose plays have been performed and filmed all over the world. ‘Playland’ is a beautiful testimony to the power of the human spirit.

The northern premiere of  PLAYLAND by Athol Fugard is presented by Elysium Theatre Company (Miss Julie, The River) and Queen’s Hall Arts, directed by Jake Murray and stars Danny Solomon and Faz Singhateh

Q&A with cast and director 17 October.