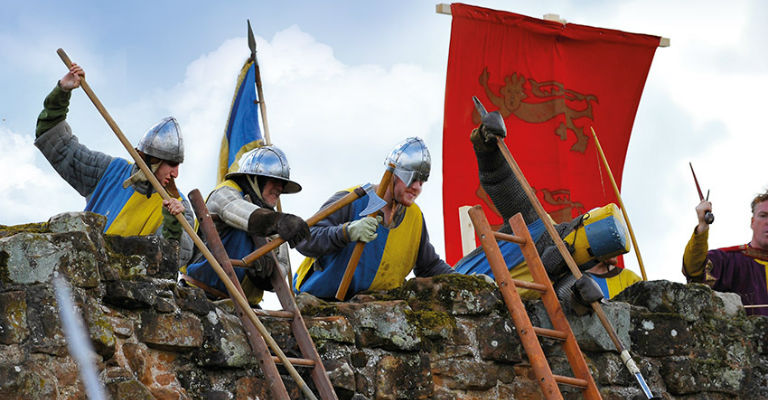 Prudhoe Castle is under siege once again! The Norman stronghold successfully resisted Scottish attack twice in 1173 and 1174 making it the only castle in Northumberland not to fall to the Scots! Join us for a 2017 invasion and see if the attempt to storm the walls is successful this time. Watch the drama unfold throughout the day and visit the attacking and defending armies in their camps. Plus junior soldiers can test their skills in the kids drill sessions.