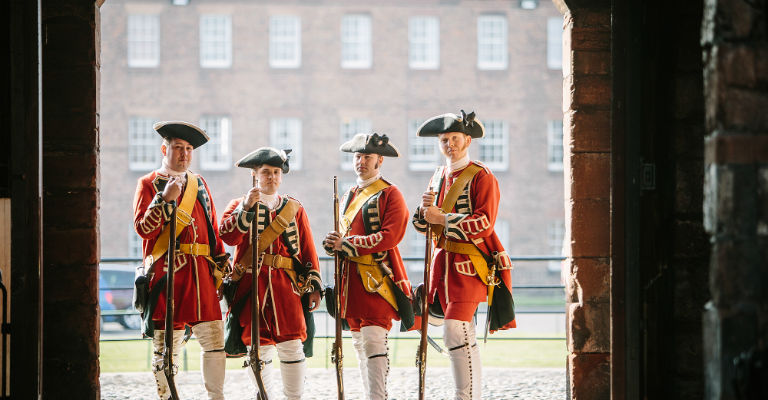 The Redcoats return to Berwick Barracks in Northumberland this weekend for a spectacular display of military prowess. See how the Barracks would have operated at the time it was occupied by the Kings Own Scottish Borderers Regiment. Watch military drills and see weapons on display.