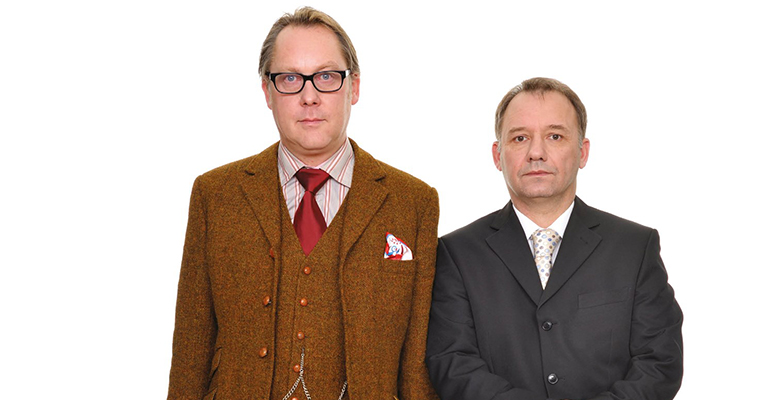 BACK BY POPULAR DEMAND

Reeves and Mortimer are an English comedy duo that have been entertaining the British public for years and years. A double act that has stood the test of time (so far!), they continue to leave us in stitches to this day.

The ‘alternatives to alternative’ comedy, Reeves and Mortimer celebrate 25 years together by returning to tour the UK with their critically acclaimed The Poignant Moments show from November 2016.

With Reeves first appearing on telly back in the ’80s, the pair would make their first appearance together in 1990, and soon forged a partnership that has since seen them ranked in the Top 10 comedy acts of all time.

Known for their absurd, eccentric, surreal and downright silly sketches, parodies, jokes, and banter, Reeves and Mortimer are without doubt one of the most unique acts to come out of British comedy in modern day, while still managing to be one of the most influential, too.