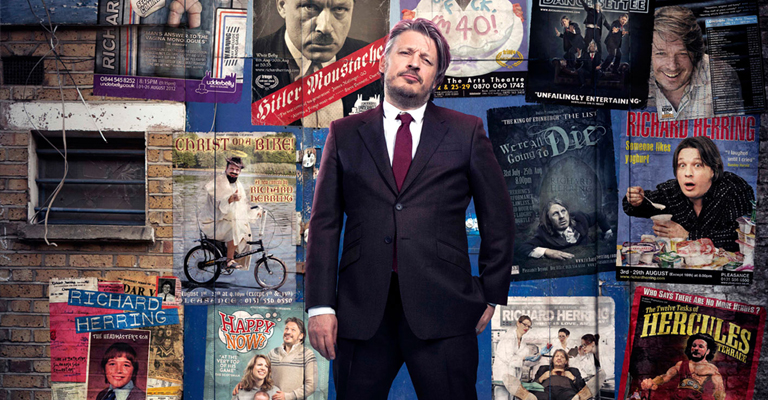 Richard Herring, King of the Edinburgh Fringe, Metro columnist and the UK’s Podfather (RHLSTP, AIOTM) picks his favourite routines from his 12 one-man shows and crams them into 90 minutes for your delectation. From his deconstruction of the genealogy of Christ to him proving that racists are less racist than liberals, via some of the best knob jokes in the business. Will your favourite routine make the cut? A great introduction to this influential cult comedian for the newcomer and a welcome greatest hits for long term fans.