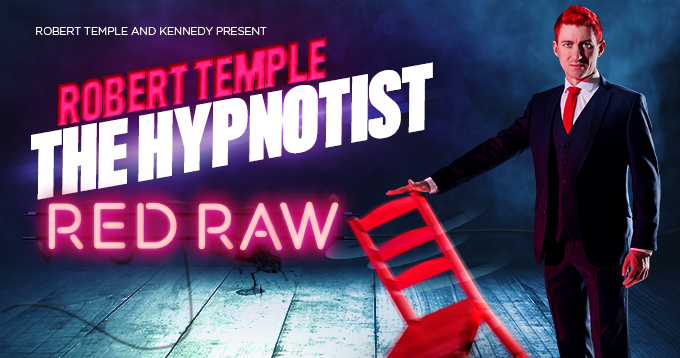 Following a successful twenty-three day run at the Edinburgh Fringe last year, Robert Temple is back on tour with a brand new show featuring sketches that will have the audience laughing for days.

The talented hypnotist and comedian has been bringing his spellbinding shows to audiences all across the globe for the past fifteen years and to Tyne Theatre & Opera House since 2015.

The Hypnotist: Red Raw follows on from his 2018 show ‘MAGIC’ and will be Robert Temple’s fourth show at Tyne Theatre & Opera House.  Volunteers from the audience will unlock their imaginations and create a once-in-a-lifetime show of improvised comedy, live on stage and under the influence of hypnosis.

Whether it be watching from the audience or participating as a star of the show, The Hypnotist: Red Raw is the perfect night out.

Theatre Director Joanne Johnson said “We’re very excited for Robert Temple to return to our stage. He’s a very talented hypnotist and comedian. We’re certain that the audience will be captivated by this new show just as they were with his previous shows.”