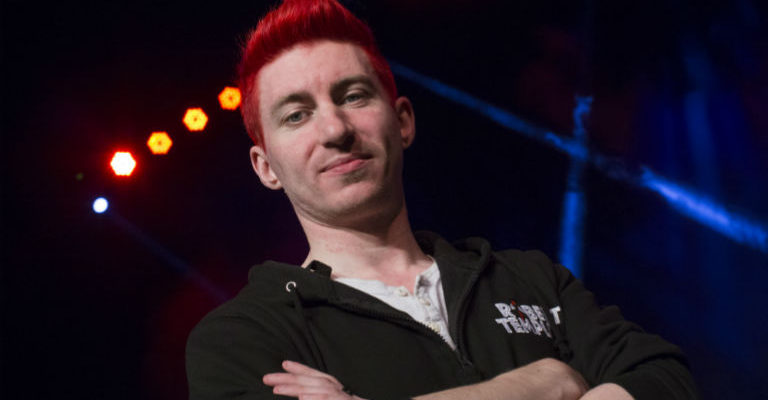 Home grown hypnotist Robert Temple is bringing his controversial Live and Outrageous show to the Sunderland Empire for one night only, Wednesday 1 August 2018.

His appearance at Sunderland Empire comes during a break from his marathon UK tour which will see him perform in theatres from Dorset to Dundee.

He ‘cut his teeth’ performing hundreds of shows for audiences of lively tourists in Kos and Corfu and fresher students and although his hair is red what comes out of his mouth is definitely blue.

His dad was a stage hand at Sunderland Empire and, growing up in Sunderland, Robert – then a budding magician – saw countless pantomimes, shows and concerts on the mesmerising stage.

“He’s 75 now and still tells stories about the old days at the theatre, so I suppose it’s about time I had stories of my own,” said 30-year-old Robert, who already has a colourful career under his belt.

The show is edgy and outrageous but falls in line with the strict regulations governing stage hypnotism. “Nobody has ever done a show like this on a scale like this. The audience knows what’s in store when they buy a ticket and nobody is hypnotised against their will. It’s an evening where people can forget all about their inhibitions – literally,” he added.

Robert’s stage persona and appearance are in stark contrast to the angelic-looking young boy who posed for pictures with his hero Paul Daniels and Debbie McGee.

He was one of the UK’s best young magicians, but turned his back on magic when he was a teenager and discovering hypnotism.

“When somebody shows you a card trick you think it’s clever, but you know it’s a trick.  With hypnosis there’s this air of mysticism.  That’s one of the reasons why people come to my shows, but it’s just the starting point for the entertainment,” he said.

Paul Daniels, who died in 2016 remains his inspiration. “We’d talk at magic conventions and I would e-mail him and he would reply.  He didn’t ever come to the North without me seeing his show. Watching him perform was like attending a master class for anybody wanting to be involved in comedy entertainment,” said Robert.