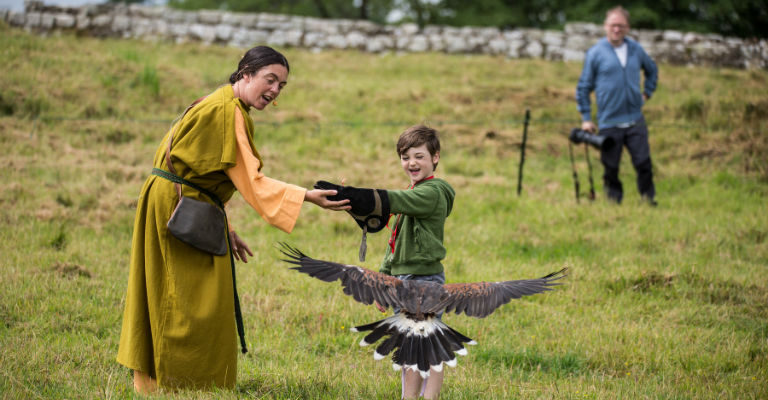 In a world ruled by gods and goddesses birds were very important within the Roman belief system. Their power of flight gave them superiority and symbolism, their vision taken as prophecy and warning. The king of birds was chosen to represent the might of Rome itself – the Eagle. Falconry enabled the Romans to hunt, trade, forge alliances, intimidate enemies and control nature! Stop by the hawk house to see the birds of prey up close and feel free to snap a picture or two. Our falconers will be on hand to answer any questions and to tell you more about your favourite birds.

Catch incredible falconry displays too – we’ll be showing you just how the hawks and falcons hunt in the air and on the ground. Watch closely as the birds swoop and dive before your very eyes – some are slow and graceful, and others are fast and furious!