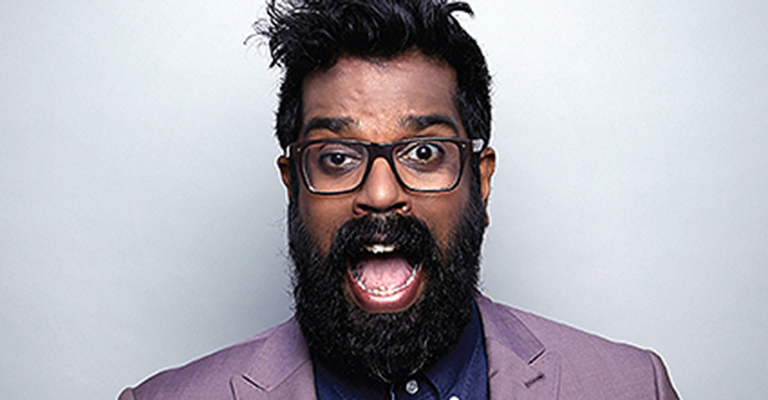 Romesh Ranganathan is back with a brand new show exploring the rationality of his worldview.  ‘Irrational’ will see Romesh examine the issues close to his heart, and explains why everybody else is wrong about them.

The last two years have been incredible for Ranganathan with his two critically acclaimed Edinburgh Festival shows, ‘Rom Wasn’t Built In A Day’ and ‘Rom Com’ being nominated for the coveted Edinburgh Festival Awards for Best Show 2014 and Best Newcomer in 2013.  This new show promises to be as much of a hit!

Romesh has come a long way since quitting his career as a maths teacher making a real name for himself most recently with his critically acclaimed BBC3 series ‘Asian Provocateur’.  Romesh is quickly becoming a household name with his appearances on BBC1’s ‘Live At The Apollo’, ‘Jack Dee’s HelpDesk’, ‘Have I Got News For You’, BBC2’s ‘Mock The Week’, ‘The Apprentice: You’re Fired’, ITV1’s ‘Play To The Whistle’, ‘The Royal Variety Performance’, ‘The Jonathan Ross Show’, Channel 4’s ‘Alan Carr Chatty Man’, Sky1’s ‘A League Of Their Own’ and Dave’s ‘Taskmaster’.

“Ranganathan’s punchlines are sharper and funnier than many of his peers.” The Guardian

“… his ability to produce bitingly fresh gags marks him out from the crowd.” The Guardian