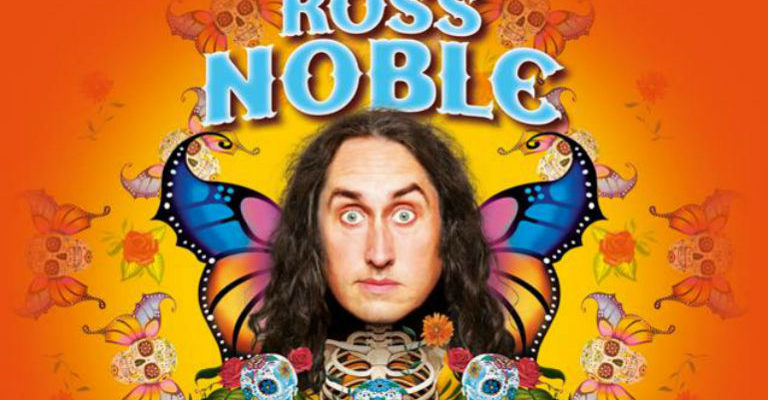 No, but who is the one they call El Hablador?   I just said, it is Ross Noble. You know? Long hair, does stand up where he dances about the stage, spinning out all the nonsense in his head into a show.

But what is the legend of El Hablador?   I don’t think it’s a thing. It’s clearly Ross coming up with a name for his show, so he can make out like he is some sort of mysterious shadowy figure.

Ross Noble returns to dance around the stage spinning out all the nonsense in his head into a hilarious stand up show. At some point, he may wander into a shadowy part of the stage and look a bit shadowy.

Book now to see the one they call El Hablador*

*Ross is the only one that calls himself El Hablador.

“His show is just the sort of warm, cheekily risque stuff to put a spring back in your step”