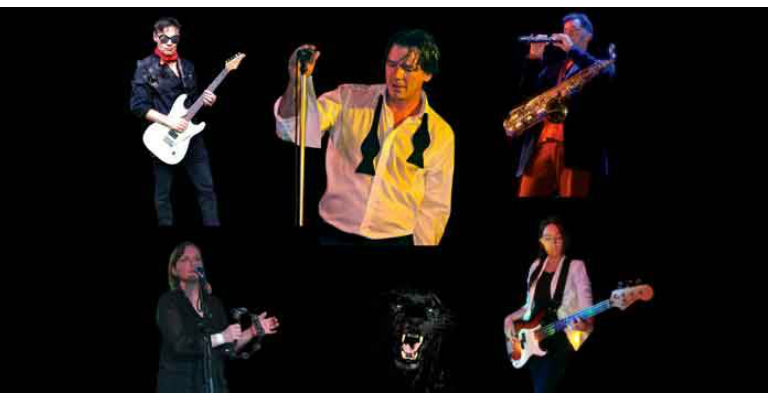 A tribute to Roxy Music, the “most influential band of all time”, who were fronted by Washington’s very own Bryan Ferry.

Roxy Music are mainly remembered for their timeless hits from the early ’80s like More Than This, Avalon, Oh Yeah and Jealous Guy…but in the ’70s Roxy were truly cutting edge and paved the way for punk (Sex Pistols), gothic rock (Siouxsie and the Banshees), disco (Chic), new romantics (Duran Duran) and alternative rock (U2).
Roxy Musique deliver a two set show, with set one exploring Roxy Music’s daring and creative repertoire from 72-75 and set two targeting the later hit singles and giving the audience the chance to “dance away the heartache”. Roxy Musique also perform the odd Bryan Ferry solo hit (A Hard Rain’s a Gonna Fall, The “In” Crowd and Let’s Stick Together).