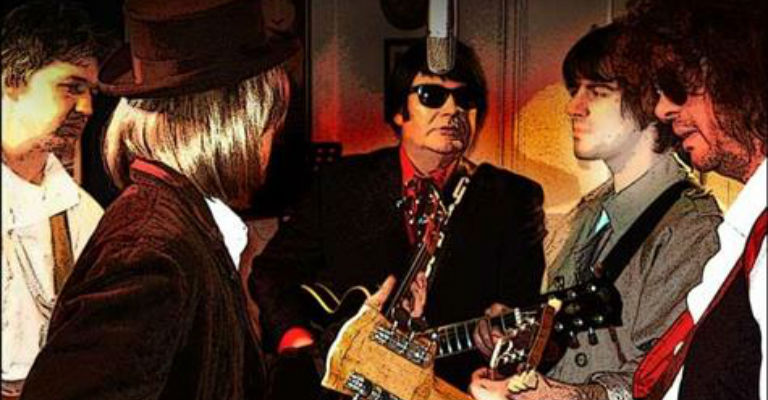 This up-tempo, feel good show will have you singing along and dancing the night away!

The late 1980’s saw the birth of one of the most famous and memorable super groups of all time, The Travelling Wilburys.

Featuring five individual icons in their own right, this formidable team created an album that completely rocked the music industry and sold over five million copies worldwide. Pooling the considerable talents of George Harrison, Roy Orbison, Jeff Lynne, Tom Petty and Bob Dylan, The Wilburys were a real force to be reckoned with, and created a sound and style so unique, that even to this day there has never been anything quite like it.

With The Wilburys never actually going on tour, perhaps partly due to the untimely death of Roy Orbison in 1988, played here by Paul Hopkins, their fans never got to see them all together in a live concert experience. With that in mind, Paul has joined up with four other very talented singers and musicians, who together have formed this incredible tribute show. With an easy relaxed style, excellent vocals and musicality and a great respect for each other’s talent, these guys will give you an amazing night of entertainment that will be like nothing you’ve ever seen before.