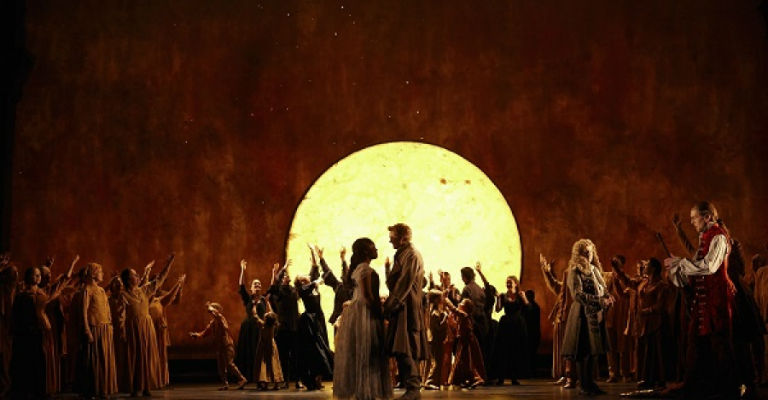 Mozart’s glorious opera The Magic Fluteis brought enchantingly to life in David McVicar’s production with beautiful sets by John Macfarlane. Prince Tamino promises the Queen of the Night that he will rescue her daughter Pamina from the enchanter Sarastro. He begins his quest, accompanied by the bird-catcher Papageno – but all is not as it seems…David McVicar’s classic production embraces both the seriousness and comedy of Mozart’s work. The audience is transported to a fantastical world of dancing animals, flying machines and dazzlingly starry skies. The setting provides a wonderful backdrop for Mozart’s kaleidoscopic score, from the Queen of the Night’s coloratura fireworks to Tamino and Pamina’s lyrical love duets and Papageno’s hearty, folksong-like arias.As well as being a comedy The Magic Flute is an expression of Mozart’s profound spiritual beliefs: Enlightenment concerns with the search for wisdom and virtue are at the heart of this enchanting tale. The Magic Flutewas an instant success with audiences and Mozart’s supposed rival Salieri described it as an ‘operone’ – a great opera.