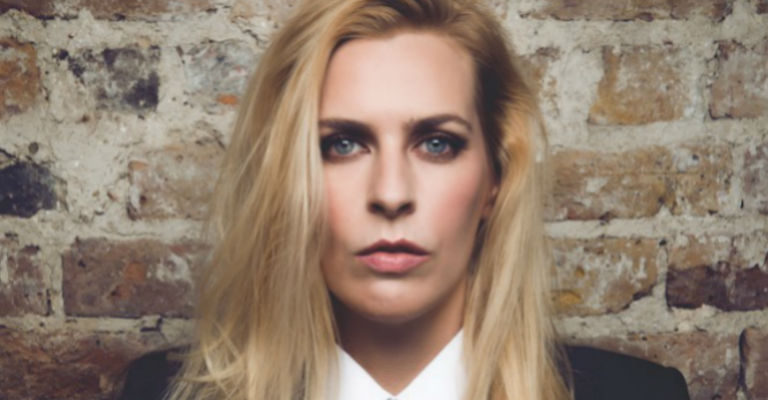 LadsLadsLads is Pascoe’s most honest, heartfelt and personal show to date. Full of jokes, hope and white wine, LadsLadsLads is the thinking person’s stag do*. The show follows the huge success of the sold out ‘Animal’ tour (inspired by Sara’s acclaimed book of the same name, published by Faber and Faber).

Over the last year, Sara has starred on Let’s Sing and Dance for Comic Relief (making it to the Final); adapted Pride and Prejudice for the Nottingham Playhouse/ York Theatre Royal; filmed a solo stand up special for TV: Sara Pascoe Live from the BBC; hosted an episode of Live at the Apollo and appeared as a weekly guest on Frankie Boyle’s New World Order.

Sara has also been seen on television shows ranging from Have I Got News For You, QI and Travel Man and filmed and co-stared in the most recent WIA series. Sara is presently writing her second book, Sex Power Money and her forthcoming BBC Radio 4 series, Modern Monkey (due to air next month).

*Not for an actual stag do, PLEASE. Do bring a polite friend, your mamma, someone you hope to seduce or a book for the interval.

Sara Pascoe is the latest addition to Tyne Theatre & Opera House’s jam-packed comedy line-up for 2018, featuring the likes of Ed Byrne, Katherine Ryan, Tim Vine, Count Arthur Strong and more. The theatre has also just announced another two Sarah Millican dates on 4th and 7th October due to phenomenal demand, meaning Sarah will now be performing a whopping 11 dates of her Control Enthusiast show at the theatre across 2018. (Tickets for these Sarah Millican dates go on sale Friday 2nd February from 10am).

Theatre director Joanne Johnson says: “Our comedy line-up for 2018 is constantly growing, with more shows still to be announced! The biggest names in comedy are coming to tread the boards of our beautiful theatre, and we’re now the go-to venue for comedy in Newcastle. After a sell-out Tyne Theatre debut for Jason Cook’s Comedy Club in January, we’re thrilled to announce it will return on Saturday 16th June, and we’ve also recently announced Stewart Francis will visit us as part of his last ever tour on Thursday 28th November. Many of these shows are selling out, so we recommend booking well in advance!”