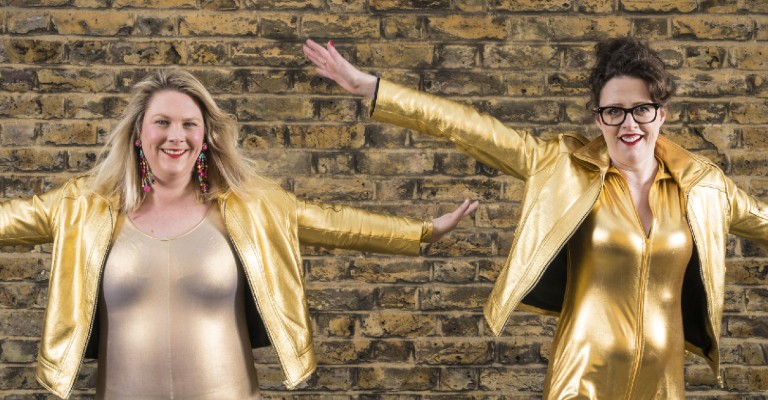 Comedians Ellie Gibson and Helen Thorn celebrate the scummier side of parenting, from drinking wine at teatime to hiding from the PTA. The show comprises stand-up, sketches, songs, and some very scummy stories. Guaranteed to make parents laugh and non-parents happy about their life choices. Based on the hit Scummy Mummies podcast and bestselling book.

The Scummy Mummies began in 2013, going on to produce an award-winning podcast, a sell-out touring comedy show, a popular book, and their own range of merchandise.

There are now over 200 episodes of The Scummy Mummies Podcast, and they have been downloaded more than 5 million times in 150 countries. The show has been featured in “Best Podcast” lists in The Guardian, the Sunday Times, and The Telegraph. It has been nominated for a British Podcasts Award plus Mixcloud and Lovies awards, and in 2020 won the Glomama UK Best Podcast trophy.

Guests have included comedians such as Dara O Briain, Jenny Eclair, and Thanyia Moore; influencers like Giovanna Fletcher, Mother Pukka, Rosie Ramsey, and Louise Pentland; plus a wide range of experts on everything from mental health, politics, and entrepreneurship to parenting, wine, and sex.

The Scummy Mummies made their Edinburgh Festival debut in 2019, selling out the entire 25-night run and earning a five-star review. They were also featured in three Top 50 Jokes of the Fringe lists.

Tickets are on sale now and are priced £21:
https://bit.ly/TTscummy