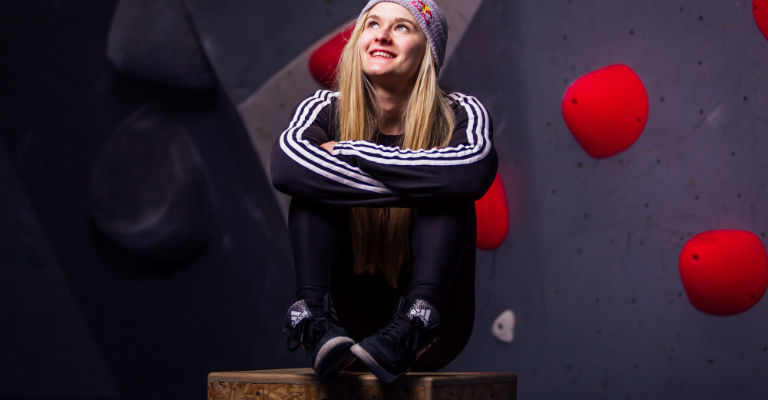 Two Bouldering World Championships, the first British woman to boulder 8B+, founder of an award-winning women’s climbing event and an MBE all under the age of 25 underlines the ambition, talent, and determination of Britain’s top female boulderer.

Having climbed since the age of 4, Shauna set her sights high, committing herself to the goal of winning the overall IFSC Bouldering World Cup. In 2016 at the age of 23, she claimed the title and that same weekend received an MBE. Despite incurring a shoulder injury in 2016, Shauna recovered to reclaim the World Cup title the following year. Her competition success is mirrored through her outdoor achievements, becoming the first British women to climb the bouldering grade of 8b+.

With the inclusion of Sport Climbing in the 2020 Tokyo Olympics, Shauna is taking on perhaps her toughest challenge yet: to find success on the biggest sporting stage of all.

Shauna talks about life on World Cup circuit, her climbing philosophy and the road to Tokyo 2020.