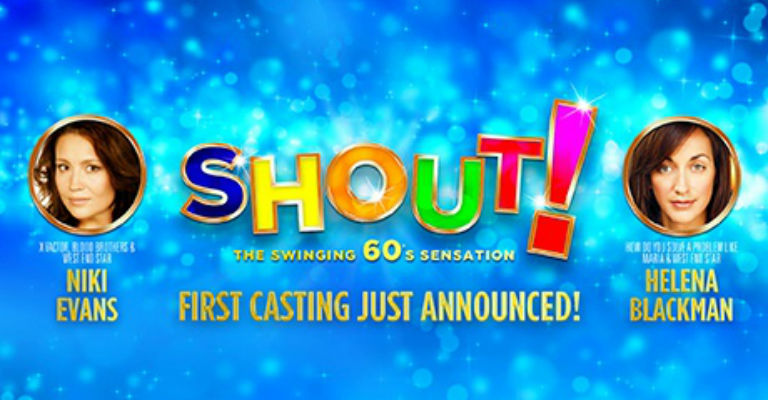 SHOUT! is the musical magazine that brings back the beautiful birds and smashing sounds that made England swing in the ‘60s.
From cover-to-cover SHOUT! travels in time from 1960 to 1970 chronicling the dawning liberation of women.  Just as Dusty Springfield, Petula Clark, Cilla Black, and Lulu were Independent women with Major careers, English and American women were redefining themselves in the face of changing attitudes about gender.  SHOUT! reflects that change through the unforgettable music of the time.
Featuring terrific new arrangements of such classic tunes as To Sir With Love, Downtown, You Don’t Have to Say You Love Me, Son of a Preacher Man, and Goldfinger, and writers like Tony Hatch, Jackie Trent, Burt Bacharach and Hal David are all heard at the top of their game through songs and resonate with a  timeless quality which appeals to every generation.
With a shimmy and a shake, the songs are tied together by hilarious sound bites from the period – from 60’s advertisements for anything and everything – to lonely hearts letters answered by an advice columnist who thinks every problem can be solved with a “fetching new hair style and a new shade of lipstick.:
With its irresistible blend of foot-stomping songs, eye-popping fashions and psychedelic dances, this delightful musical will make you want to throw our head back and SHOUT!