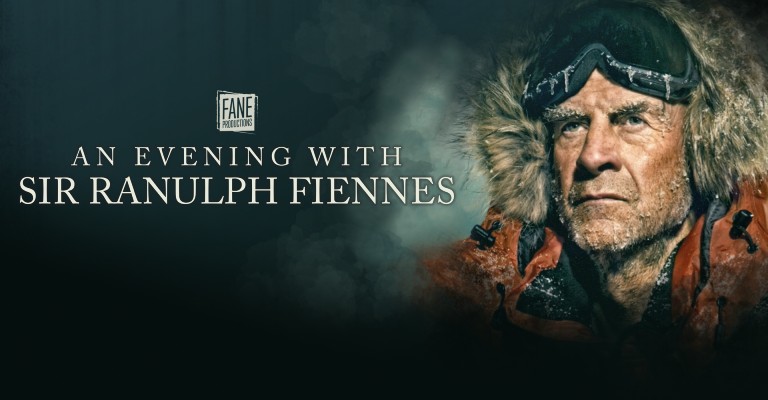 In Living Dangerously, Sir Ranulph offers a personal journey through his life, from his early years to the present day. Both light-hearted and strikingly poignant, Living Dangerously spans Sir Ranulph’s childhood and school misdemeanours, his army life, and early expeditions, right through the Transglobe Expedition to his current Global Reach Challenge – his goal to become the first person in the world to cross both polar ice caps and climb the highest mountain on each of the seven continents.

Named by the Guinness Book of Records as ‘the world’s greatest living explorer,’ Sir Ranulph Fiennes has spent his life in pursuit of extreme adventure, risking life and limb in some of the most ambitious private expeditions ever undertaken.

Amongst his many record-breaking achievements, he was the first to reach both Poles, the first to cross the Antarctic and Arctic Ocean, and the first to circumnavigate the world along its polar axis.

Sir Ranulph Fiennes’ many endeavours have pushed his endurance levels to the very limits, inspiring generations and making him a pioneer of exploration with an unparalleled story to tell.

Theatre Director Joanne Johnson says, “We are delighted to welcome Sir Ranulph Fiennes to Tyne Theatre and Opera House later this year. His achievements and endeavours will no doubt inspire a new generation of explorers and adventurers; some of whom are guaranteed to be sitting in our audience come November.

“This ‘An Audience with’ event is a great addition to our 2022 programme, where audiences will be hearing from a host of inspiring speakers at a variety of events including Deborah Frances-White, David Sedaris, Dick Clement & Ian La Frenais, and Levison Wood.

Tickets now on sale at: https://tynetheatreandoperahouse.uk/events/sir-ranulph-fiennes-living-dangerously/