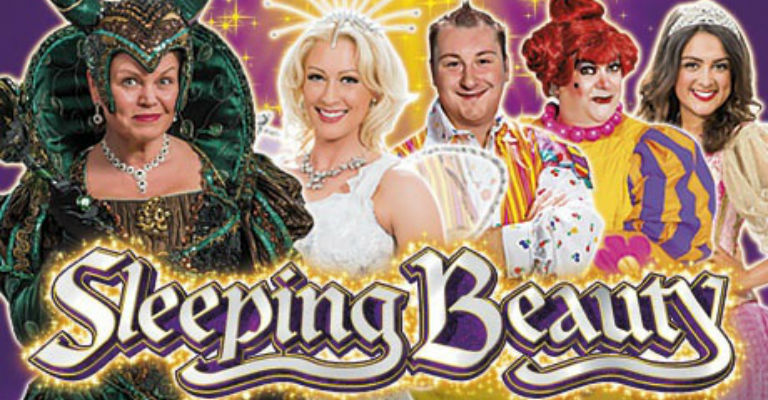 Martin Dodd for UK Productions, the producers behind Peter Pan, Cinderella, Snow White and the Seven Dwarfs and Aladdinreturn to Sunderland this Christmas with Sleeping Beauty, which is set to bed down from 9 – 31 December 2016, with a spell-binding cast!

Star of stage and screen Vicky Entwistle (Coronation Street, Les Misérables, The Vagina Monologues) is set to reveal a wicked side when she takes on the evil role of Carabosse, alongside actress and ‘Steps’ star Faye Tozer, who is set to sparkle as the Good Fairy and children’s TV favourite Andrew Agnew (CBeebies, Balamory), who returns to Sunderland following his triumphant panto performance in Snow White and the Seven Dwarfs in 2014, in the role of Silly Billy and also as director of this year’s pantomime!

Joining them is Amy-Leigh Hickman as Princess Briar Rose, who is best known for playing Carmen in the popular CBBC seriesTracy Beaker, plus spin off series The Dumping Ground and more recently as Linzi Bragg in Eastenders. The line-up is completed by special guest star and legend of radio, screen and stage, Bobby Crush (Opportunity Knocks, Benidorm, The Rocky Horror Show, Chicago) as Nurse Kelly.

The timeless story tells the classic tale of Princess Briar Rose who has a spell cast over her by a wicked fairy sending her into a deep sleep – but can the spell be broken by a handsome Prince and will there be a happy ever after?